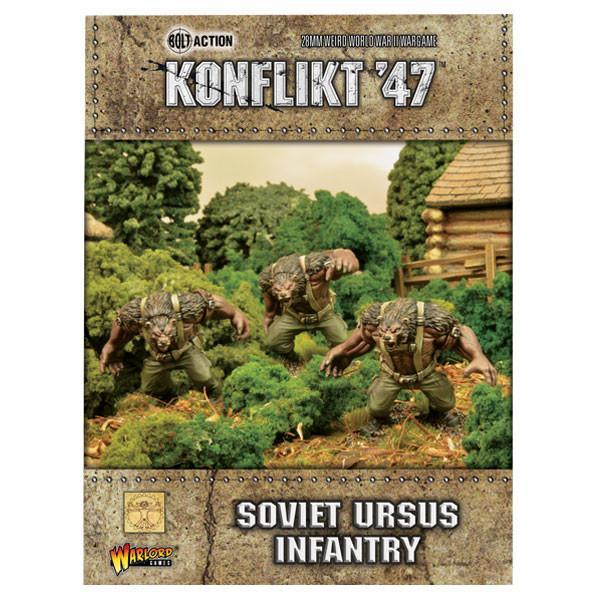 The Soviets developed a weapon utilising Ursine DNA to create an 8ft tall man/bear hybrid that could go toe-to toe with any enhanced infantry on the battlefields of 1947. Powerful, but lacking control, the Ursus soldiers were often unleashed in highly contested areas of the battlefield to tip the balance of favour towards the Soviet army.

The Ursus are nearly unbeatable in combat, both tough and strong, they\'ll be able to hack down any enemy troops foolish enough to stand in their way. Give them supporting fire so they can advance unhindered or use a transport (a standard truck can carry 5 Ursus infantry) as an ideal way of getting this death squad in amongst the enemy front line. Let havoc ensue!