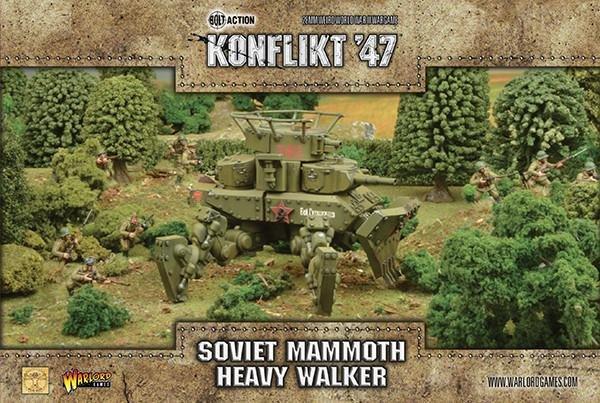 Having suffered terribly at the hands of German Thor and Zeusnheavy panzermechs, the Soviets put a tremendous effort into replicating their effect. After capturing a Thor, they were able to replicate much of the multi-leg technology.

Picturing the Mammoth as a mobile bunker rather than a combat vehicle, they returned to the multi-turret concept of the mid-war years. With better armour and weapons, its performance far outweighs its predecessors such as the T-35.

Literally a mobile weapons platform there is nothing this beast can\'t do. With such a variety of weapons, the Mammoth can literally take on whole platoons on it\'s own and it\'s strong enough to take the hits back! Make sure you back it up with some hefty anti-tank!

Options - Replace any light autocannon with an HMG for 5pts per autocannon. - Add dozer blade for +25pts