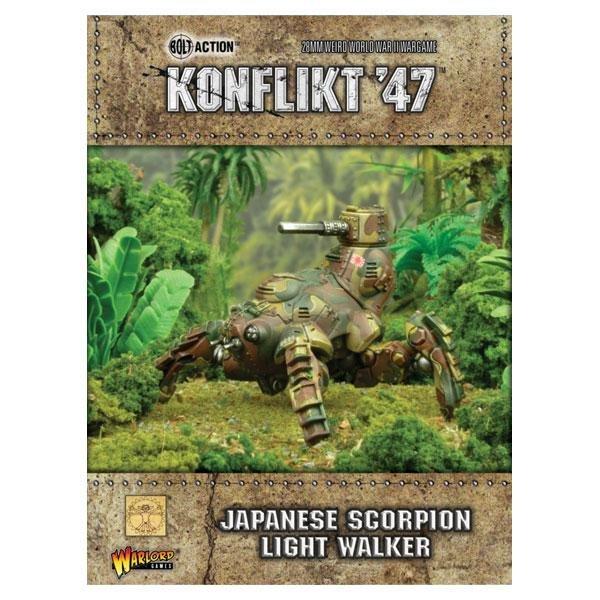 The Type 6 Ke-Ho Kei-Hokousensha Scorpion clearly owes its speed and agility to the German Spinne but combines this with a much lower profile and far quieter engine, making it an excellent recce vehicle.

Nicknamed the Sasori (scorpion) by its crew, the name is now commonly used by both Japanese, Chinese and Allied soldiers. The earliest versions of the Type 6 were armed with just a pair of MMGs for anti-infantry protection.

But having increased the power of the engine meant that later versions could mount an additional crewman and fix heavy weapons at the rear of the walker. This weapon mount can house either a light anti-tank gun or a rapid firing light compression cannon.

Technology exchanges with Germany mean that future walker developments by both countries are inevitable...