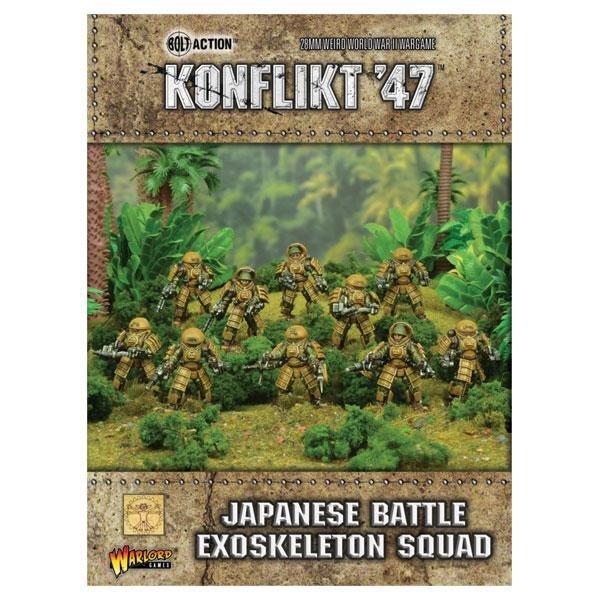 Granted access to the mass of German Rift-tech development, Japanese scientists were able to make significant advances in new areas of technology. One such field was that of exoskeletons intended to enhance the endurance and speed of the fighting soldier, which rapidly led to the creation of armoured battle-exoskeletons that were deployed by the Imperial Japanese Army in mid-1946.

These battleframes (Sentou-Gaikokkaku) enabled the wearers to move freely whilst carrying heavier loads and some protective armour. Mounting either an SMG or a rapid firing compression rifle, most squads also utilise a couple of LMGs and arm-mounted grenade launchers for additional firepower.