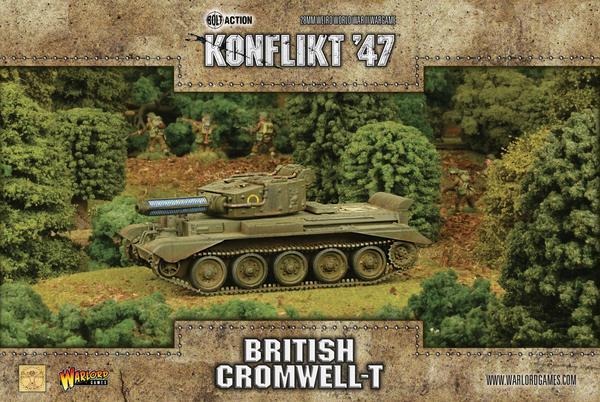 With Europe suffering the worst winter in memory, military activity slows to a crawl. Air operations struggle to have any impact and the Germans take advantage of the weather to consolidate their positions. At night, German and American super-soldiers conduct their own war within a war. All sides use the respite to develop increasingly sophisticated weaponry and restore the fighting strength of their forces.

The Cromwell slowly filled the British ranks and became the go-to vehicle for the British however, with the Rift\'s explosion of technology it was only natural to re-fit the Cromwell with top of the line weaponry, this being the deadly Tesla Cannon. The combination of U.S rift scientists and British engineering, created a tank that can deal with the latest biological and mechanical monsters that the war has created.

Being a sturdy tank means you can place it anywhere knowing it will have a chance of survival, squadrons of 3 maximises both damage and endurance and you can use the Tank War rules for Konflict \'47 (check out this article). The Tesla Cannon does a lot of damage gain advantage with good positioning and troop support to dominate in all types of engagements.