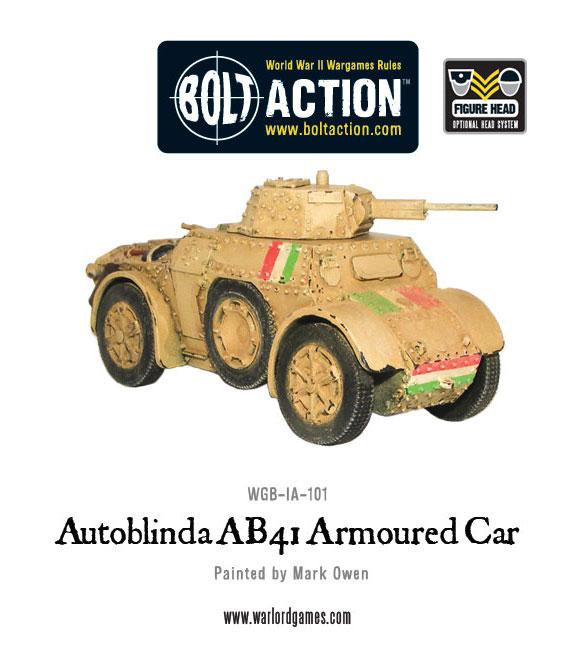 Armed with a 20mm Breda gun and backed up by a co-axial machine gun and a further machine gun mounted facing rearwards for when the AB41 was driven in reverse (make your own gags). There was a secondary driving position for occasions when the vehicle was driven in reverse.
The great-looking vehicle also served the German armed forces well too. After the Italian armistice the Germans captured over 50 AB41s and went on to build a further 120, giving them the designation Panzerspähwagen AB41 201(i)