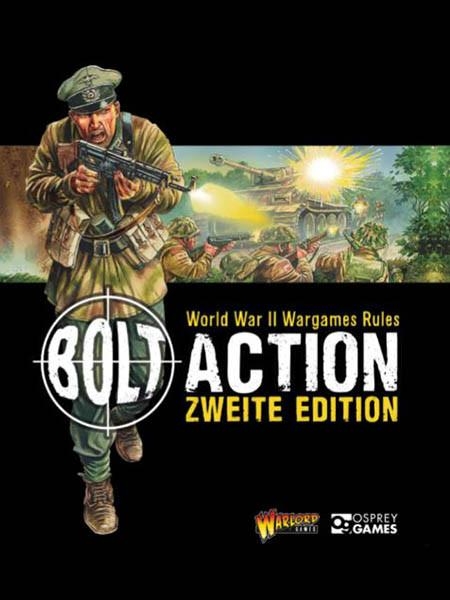 From the ruined cities of occupied France to the barren deserts of North Africa and the brooding jungles of the Pacific, Bolt Action offers all the rules to bring the great battles of the Second World War to the game table.

Thanks to the authors Alessio Cavatore and Rick Priestley, the selection of troops is extremely diverse and allows the ideal army to be set up for all tastes - from heavy armor units to small, elite infantry formations - the decision lies with you.