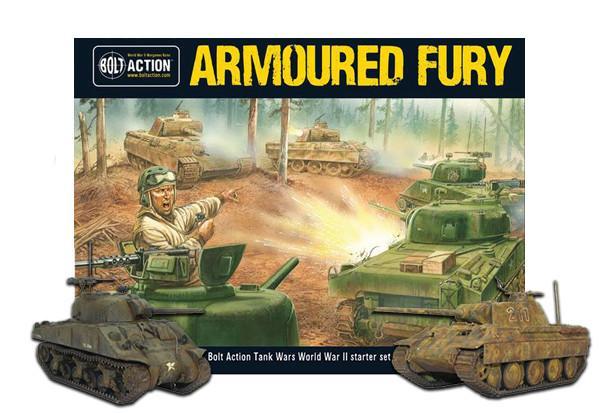 Armoured Fury allows you to dive into action as either an American Sherman tank commander or become a Panzer commander of lethal Panther tanks. Filled with loads of awesome plastic tanks this boxed set is not only a great way to get started with Bolt Action Tank War but is superb value too!