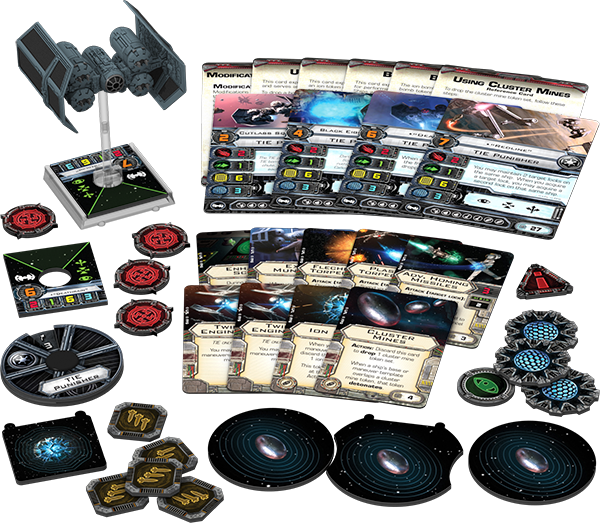 A beefier version of the TIE bomber, the TIE punisher built upon that starfighters success by adding shielding, a second bomb chute, and three additional ordnance pods, each equipped with a twin ion engine. It arrives to X-Wing as a devastating Imperial starship in the TIE Punisher Expansion Pack and invites Imperial players to perfect their bombing skills by taking advantage of both its innate boost action and its ability to equip a system upgrade like Advanced Sensors. With Advanced Sensors, the TIE punisher can boost into position to drop a bomb right in front of an enemy fighter, and then it can immediately perform its maneuver to fly away.

This product is not standalone and requires the X-Wing Miniatures game.