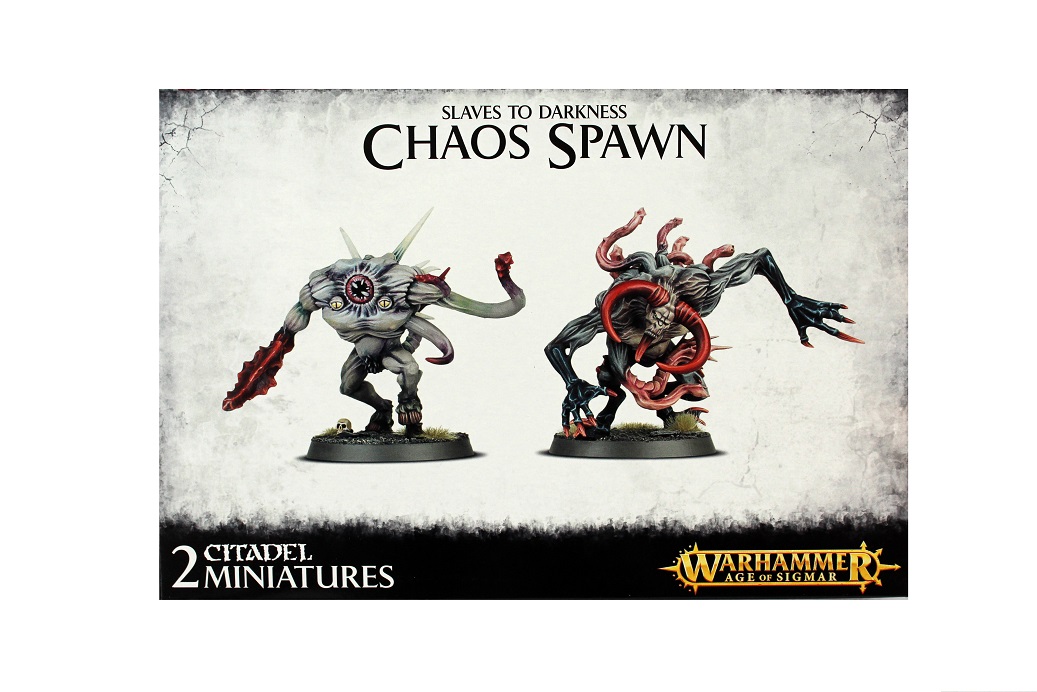 Mind and will completely dissolved into blankness by the corrupting influence of Chaos, the Chaos Spawn lurch and stagger into battle with twisted limbs flailing. Dangerous and unpredictable, the only process left in their brain is the desire to kill - and they do so with a disturbing strength, lashing out at a horrified foe with unnatural strength.