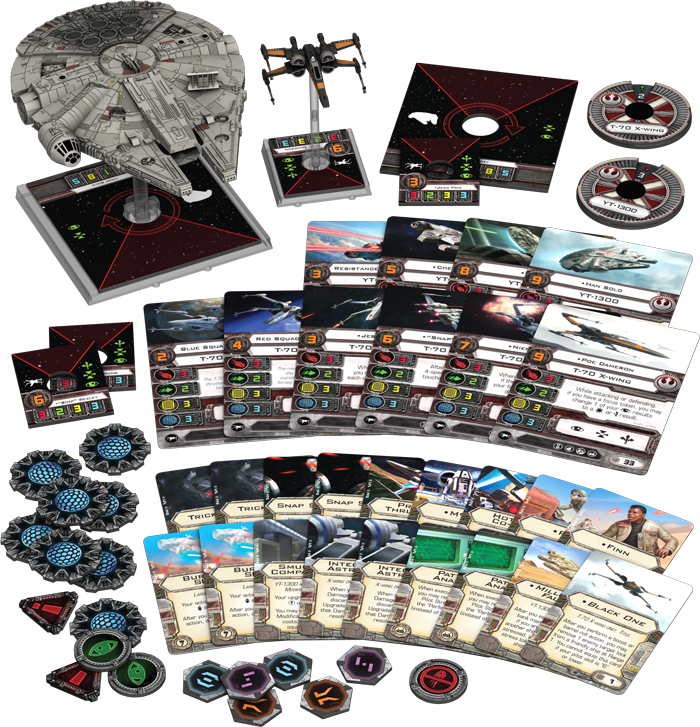 Heroes of the Resistance Expansion Pack

Rey, Finn, Poe Dameron, and the heroes of The Force Awakens fight for freedom with the Heroes of the Resistance Expansion Pack for X-Wing. Featuring new sculpts for the Millennium Falcon and Poe Damerons black-and-orange T-70 X-wing, Heroes of the Resistance also expands your fleet with three unique X-wing pilots, as well as new versions of Han Solo and Chewbacca. Meanwhile, the packs eighteen upgrades introduce new elite pilot talents, Tech upgrades, and unique Title upgrades for both the Millennium Falcon and Black One.