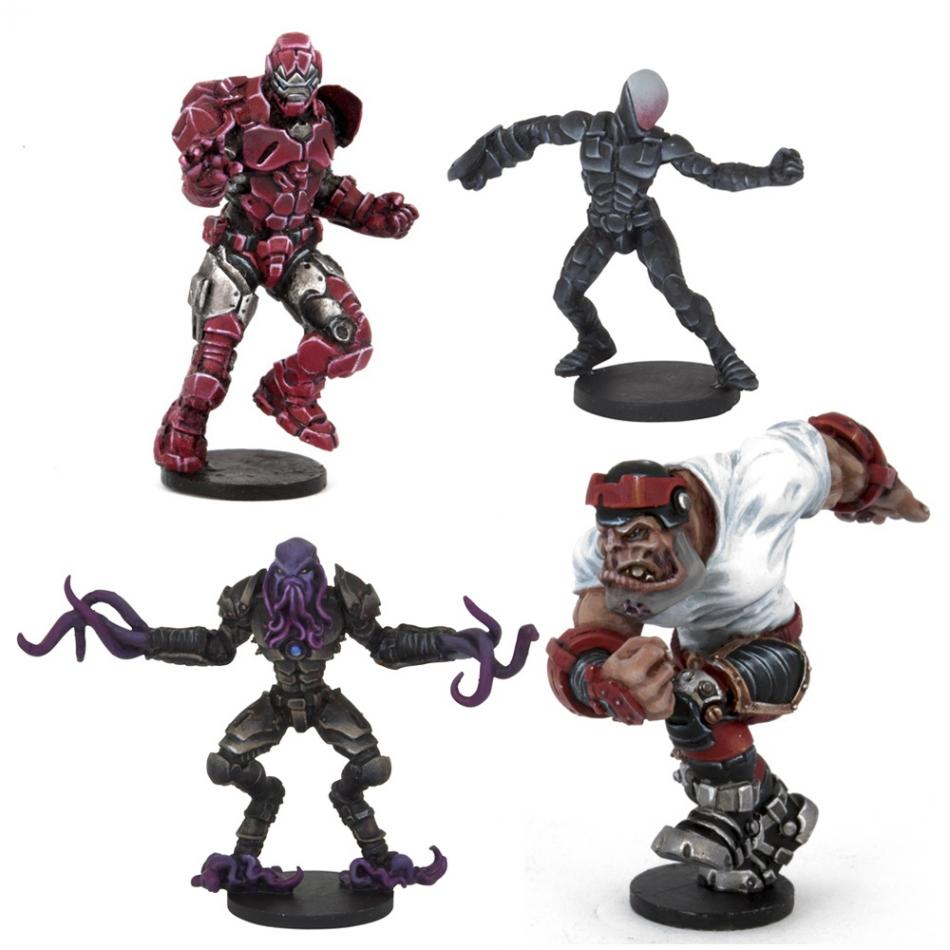 This pack contains four MVPs for DreadBall: The Futuristic Sports Game:
Number 88 is an enigmatic player who mystifies fans with his (or maybe her?) fluid movements, incredible speed and utter fearlessness. Alien, robot or super soldier, no one can deny 88s popularity!
John Doe was the first of his species to play DreadBall, and rose to fame after his unique playing style was revealed in his inaugural match. Some Guards hit hard; he just refuses to let go!
The Enforcer retired from his job as an intergalactic peacekeeper to play DreadBall. The trademark armour, with its hardened alloys and inbuilt jet-pack, offer a definite advantage in the arena!
Buzzcut is an absolute beast of a Guard, and proud holder of no fewer than 36 Most Brutal Player awards! Twice the size of a man and built like a megaheifer, hes a force of utter destruction.
Rules for these MVPs can be found in DreadBall: The Futuristic Sports Game. Miniatures are cast in premium plastic and require assembly and painting.