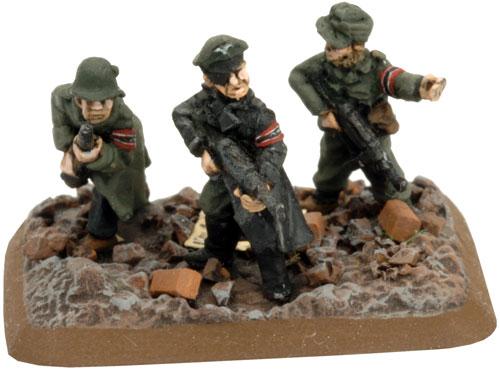 With the tide of war now against Germany, the Volkssturm (Peoples Militia) represent its last line of defence. The Volkssturm was drawn from ranks of the population previously considered unfit for military service, including younger boys (aged 13-18) and older men (many of whom were veterans of World War I).