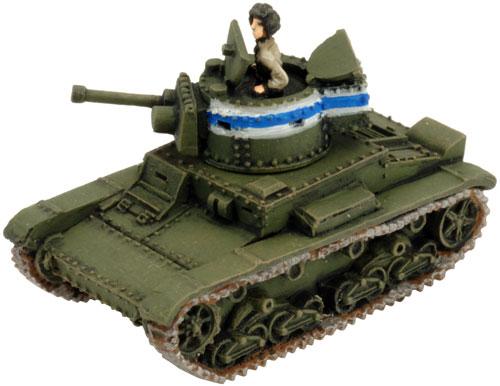 The Vickers 6-ton tank was originally designed as a private venture by John Carden and Vivian Loyd for the famed British company Vickers Armstrong Ltd. However, the design was not adopted by the British Army; instead it was made available to foreign armed forces during the inter-war years.