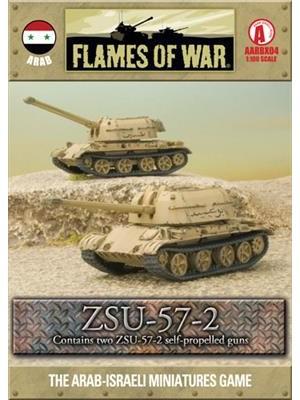 The ZSU-57-2 was a Soviet-built self-propelled anti-aircraft gun that first came into service with the Red Army in 1955. The acronym ZSU stands for Zenitnaya Samokhodnaya Ustanovka, which when translated means anti-aircraft self-propelled mount; 57 designates the calibre of the weapons and 2 states the number of gun barrels.

Built on the chassis of the T-54 tank, the twin S-68 57mm cannons were mounted in an open-topped turret which only offered the crew inside a minimum level of armour protection.