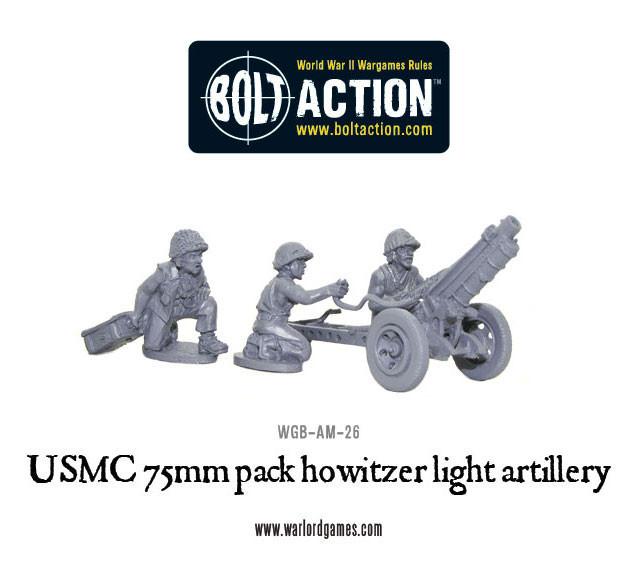 Providing long range fire support for US commanders, the 75mm pack howitzer makes it\'s way into battle hardened hand of the USMC - raining shells from above onto the enemies of Uncle Sam!

The 75mm howitzer saw combat during the Second World War with the US Marine Corps. Being designed in such a way that it could be broken down into several pieces and carried by pack animals, hence it\'s name, it was an ideal support weapon in the steep hills and jungle terrain of the Far East.

The rules for the 75mm Howitzer can be found in the Armies of the United States along with the rules for the rest of the massed forces of Uncle Sam, if your focus is going to be the steamy jungles of the Far East then look no further than Empire in Flames.