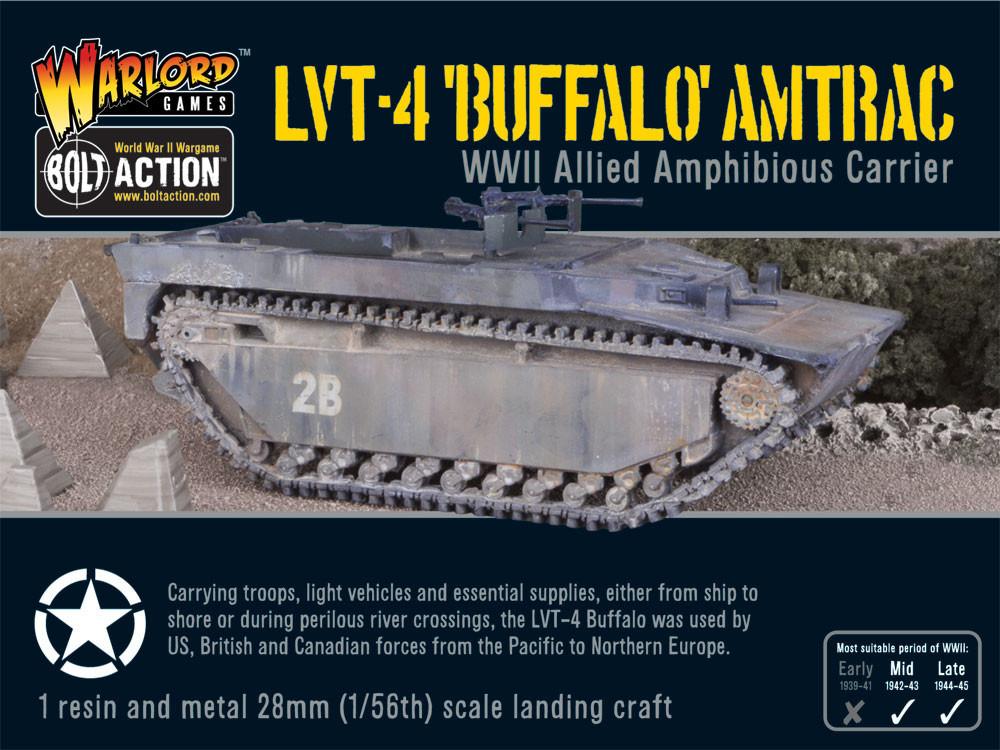 Carrying troops, light vehicles and essential supplies, either from ship to shore or during perilous river crossings, the LVT-4 Buffalo was used by US, British and Canadian forces from the Pacific to Northern Europe.

The Landing Vehicle Tracked (LVT) was a small amphibious landing craft, introduced by the United States Navy, Marine Corps and Army during World War II. The LVT-4 Buffalo was by far the most numerous version, with over 8,000 vehicles produced. Although conceived to ferry supplies from ship to shore, the LVTs were quickly pressed into service as assault and fire support vehicles in their own right. As is often the way, troops quickly nicknamed the LVTs as amphtrack, amtrak, amtrac etc., as a shortening of amphibious tractor.

Disgorging its cargo of supplies, troops or light vehicles from its large ramp door to the rear of the vehicle, the LVT gave its passengers a far higher chance of surviving initial contact with the enemy than other landing craft with frontal door ramps.

Who wouldnt want to have their USMC hitting the beach in one of these during the many assaults on Japanese-held islands in the Far East, Commandos assaulting across the Scheldt Estuary, in Holland, or British, American and Canadian troops crossing the Rhine during Operation Plunder?