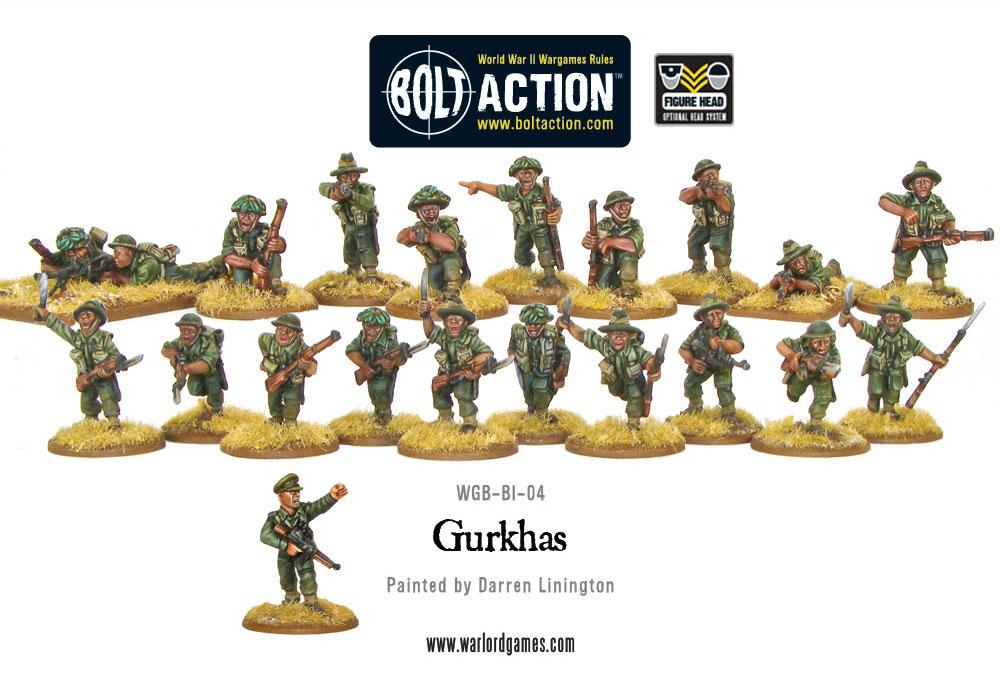 A quarter of a million Gurkas served in the Second World War - recruited from the British Empire\'s colony of Nepal into over 40 battalions. They fought in Syria, North Africa, Italy, Greece, as well as in Burma against the Japanese.


Each Gurka carries a traditional Nepalese knife known as a Khukuri or Kukri. This heavy, curved blade is a fearsome close-combat weapon, as well as being useful for more mundane tasks such as clearing a path through dense jungle terrain.

The boxed set is led by Major James Rutherford Lumley, who was in the thick of the fighting at the battle for Mogaung in northern Burma in June 1944, one of the fiercest and most brutal in the entire campaign against the Japanese in the Far East. The men of 3rd Battalion of the 6th Gurkha Rifles fought in ferocious heat and stifling humidity after marching more than 160 miles through almost impenetrable jungle. The battle was to cost more than 100 lives, and see two men awarded the Victoria Cross for their quite exceptional bravery.