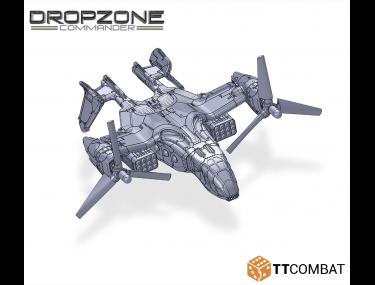 "Rodriguez has been using his extensive training and state of the art MF-R equipment to coordinate and inspire the Resistance groups in and around New York City. His presence and expertise have galvanised them into a formidable and cohesive force, ready to take the fight to the Scourge with purpose at last. While somewhat stolid within the confines of the rigorously enforced command structure of the UCM, his leadership skills and charisma have grown exponentially now that he has been relieved of the burden of duty. While the UCM delays its actions on Earth, rightly or wrongly, it seems that this deserter is at the forefront of the Resistance here and is poised to become an absolutely pivotal figure in future. How his former masters in the Colonies will respond to this remains to be seen..."