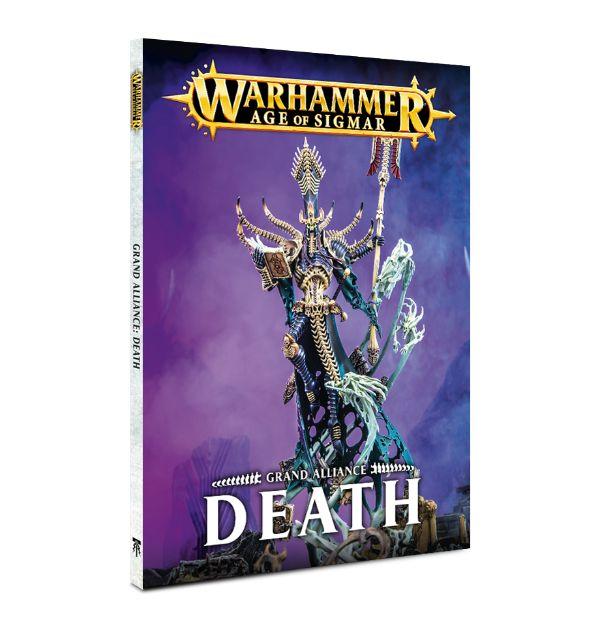 Stirring uneasily within their graves, the dead are forced to submit to the dark command of Nagash, Supreme Lord of the Undead. Shambling forms guided by the will of black-hearted necromancers and ever-thirsting vampires, the skeletons, spirits and zombies of this Grand Alliance stagger on to the battlefields of the mortal realms in huge numbers, reaping a grim harvest and spreading death wherever their shadows fall. Even should the enemies of Death score a powerful victory over Nagash, it is a mere setback - for what is a thousand years of exile and slumber to one who can never truly die?