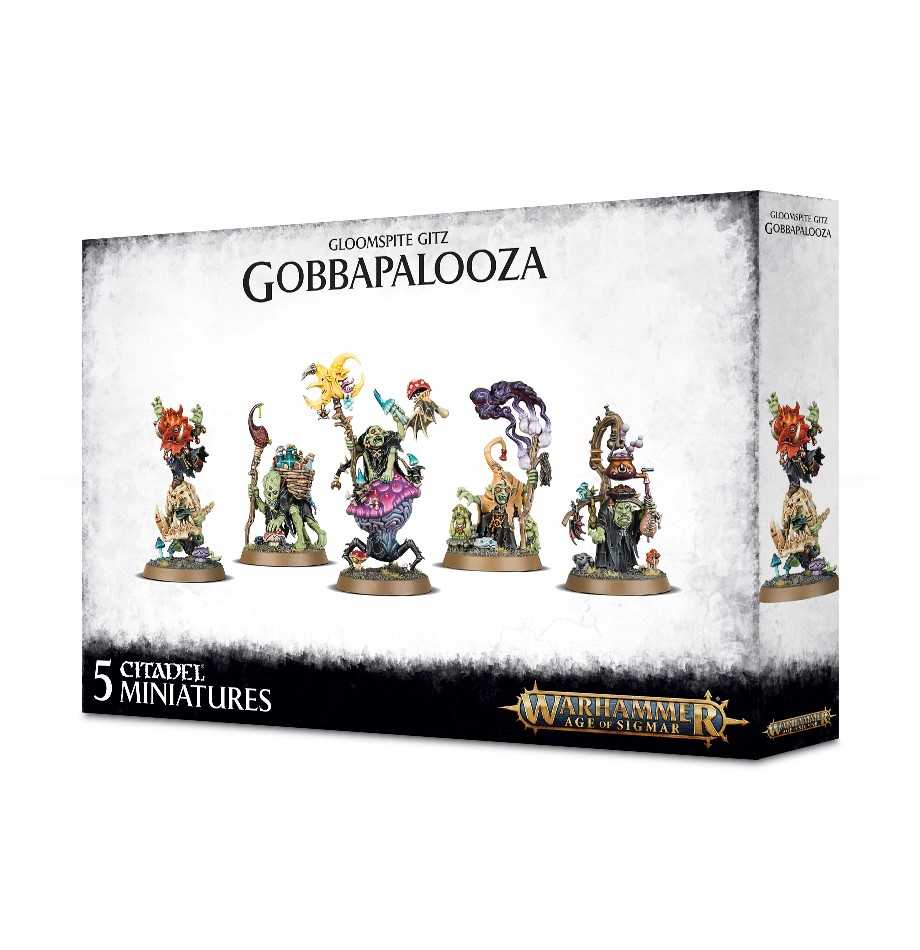 This set lets you build an entire Gobbapalooza  a coven of grots who offer no end of cunning tactical tricks for your army. Taken as a single set but deployed as separate units, each has unique and powerful abilities. In this set you will find five heroes:  The Scaremonger capers and hoots from behind his terrifying Glareface mask.  The Spiker scuttles into battle with a basket of clinking poison-bottles lashed to his back.  Spigots dripping, the Brewgit capers into battle with weird fungus potions bubbling in his loonshine still.  The Boggleye stares deep into the souls of all those around them, chanting hypnotic mantras and revolving their pupils in an unlikely and hypnotic fashion.  The Shroomancer experiences such vivid fungus-brew hallucinations that his magics spill out to animate the fungi around him and bring his visions to life. These five grot Heroes are taken together, but function independently on the battlefield. They can also form the Gobbapalooza warscroll battalion, boosting their magic and unique abilities. All 5 of the plastic models in this set are a treat for painters, each festooned with characterful detail and collectively making for a fantastic vignette thatll be incredibly rewarding to work on. For builders, the kit features a wide variety of accessories for decorating your bases, including various fungi and even an animated rock! This kit contains 44 components and comes with 5 x 32mm round bases.