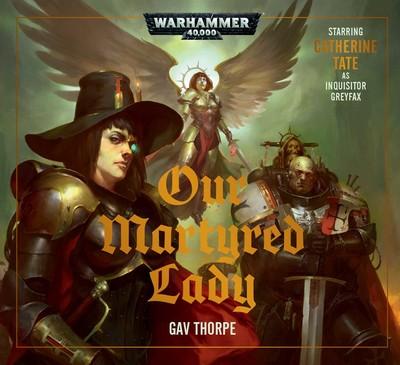 Celestine the Living Saint and Inquisitor Greyfax must join forces to avert a schism within the Imperial Ecclesiarchy that could cast mankind into an era of terrible darkness in this epic, four-part audio drama.


During the turbulent Reign of Blood, a great schism in the Imperial Ecclesiarchy threatened all of Terra and promised a darkness to rival the terrors of Old Night. Fell times have come again to the Imperium and a War of Faith appears inevitable. Standing in the way of catastrophe is Celestine, the Living Saint and one of the greatest heroes of the age. Only she can reunite the warring factions of the Ecclesiarchy and prevent a second Reign of Blood. Together with the Inquisitor Greyfax, Celestine and her allies must hunt across the shrineworlds of the Imperium and beyond to root out the evil behind the schism and burn it out with righteous, cleansing flame.