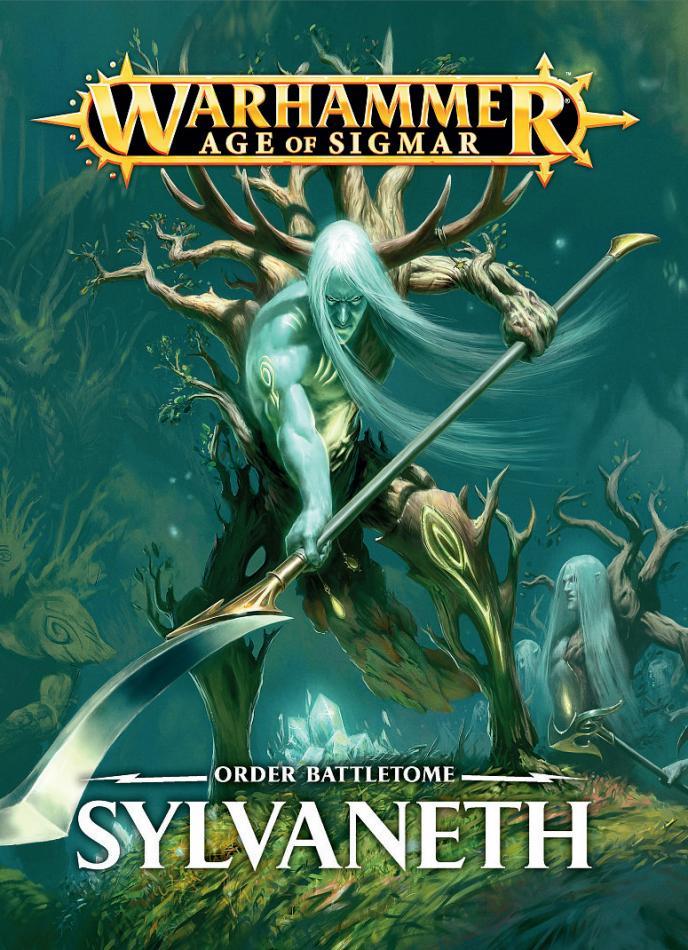 The spirit­song rises, and the Sylvaneth march to war!

The air sings with glorious life magic as the children of Alarielle surge into battle. The reborn goddess of war leads from the front as glorious Wyldwoods burst forth from the heaving ground, called into being by ancient spirits.

Determined to protect the Realm of Life, mighty Wargroves advance, crushing enemies with the inexorable strength of nature. Outcasts and Free Spirits strike suddenly and without warning, slaughtering the foe mercilessly to cleanse the tainted land. The Sylvaneths rebirth will be remembered as a harbinger of absolute vengeance.