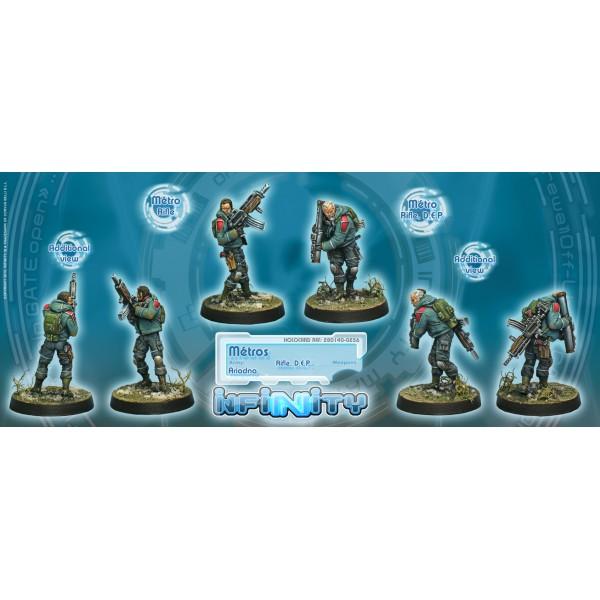 the merovingian militias are called troupes mÃ©tropolitaines de la dÃ©fense nationale, whose soldiers, commonly known as mÃ©tros, are the main guardians of the merovingian communications and trade infrastructure. the metropolitan troops constitute the backbone of the merovingian military force. they were created during the separatist wars as a unit dedicated to territorial defense. their name is based on their conception as a protection and intervention force inside the merovingian nation and along its borders, but not as an expeditionary force. the mÃ©trosâ trial by fire was the separatist wars, in which merovingia, harassed and surrounded by its enemies, saw all its borders as a continuous battle front. however, the antipode offensives became their defining forge, forcing them to learn and adopt tactics more flexible than those usual for large scale operations. the mÃ©tros learned how to engage in harassment tactics to distract the enemy, buying enough time to evacuate citizens from threatened areas. the defense of their homes and people is a responsibility the metros take on with pride and one they will fight until their last breath to uphold.