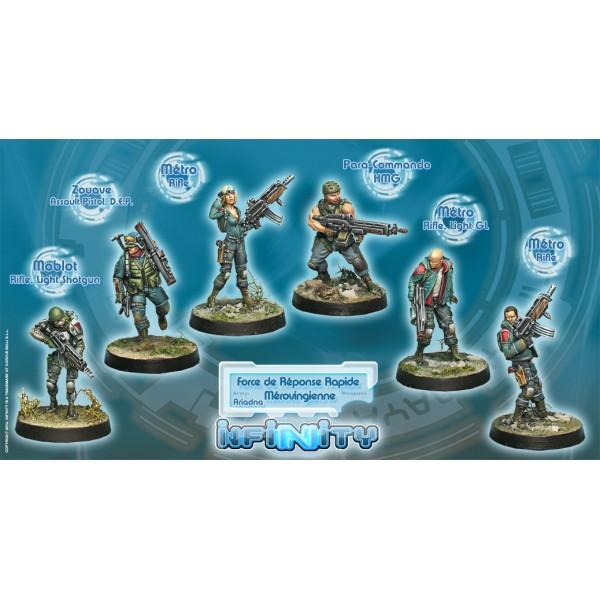 as a powerful mobile force able to deploy from any of the bases camouflaged and spread throughout merovingian territory, the frrm is perfectly placed to respond to any threat, to protect ariadnan interests or neutralize any danger from any point on the planet in a short space of time. its aerial and ground units, working together perfectly, operating alone or side by side with their ariadnan comrades, make the frrm a powerful force. expertly trained and well-equipped, it has constantly proven its efficiency in recent times.

merovingian units are usually the first to reach any fight. but the importance is in not only in being the first to engage in combat with the enemy, but also to be able to react rapidly to calls for assistance or help. the frrm has been designed essentially as a rapid reaction force for those situations where someone gets in trouble, working as primary combat response, immediate reinforcements, or extraction units. because of this, the frrm are the firemen of the ariadnan army, a force in constant service, involved in daily operations over the entirety of ariadna.