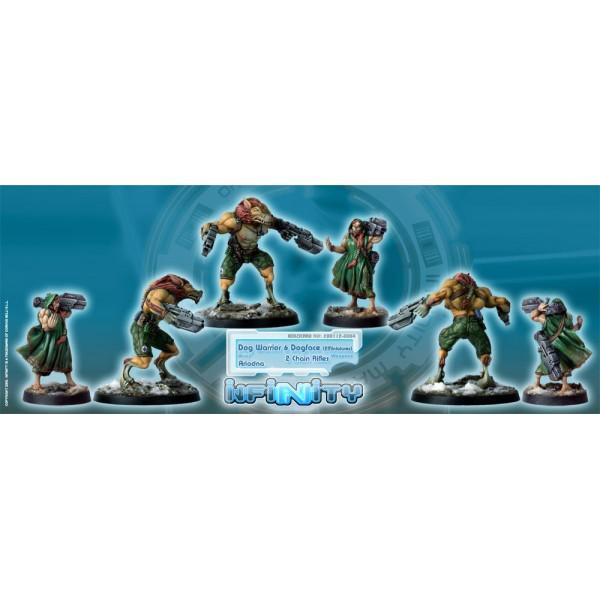 the dog-warriors are a somekind of a bastard hybrid between a wild ariadnian (as a 45th) an antipode, and a t.a.g. at some stage in the first incursions of the river tribes some antipodes bit pregnant women, not killing them.

their babies were affected by an antipode retrovirus and become in creatures that look like a sturdy human with antipode features, called dogfaces. when a dogface gets angry, his body suffers a violent transformation; his endocrine system rockets and his muscular mass increases, turning into a dog-warrior. dog-warriors have accentuated antipode features, but are more corpulent and have a humanoid look. dog-warriors are fast, strong and tough, but they are not very clever. their wild and belligerent look has turned them into the pariahs of the ariadnian society, which nevertheless, adore them in the dog-bowl matches. integrated in irregular regiments of the ariadnian army, they are overwhelming assault troops. their alien metabolism seems invulnerable, ignoring the effect of weapons, which allows them to keep running at full speed towards the enemy in spite of being shot several times. they probably are not very good marksmen, by this reason they carrying chain rifles, which seem toys in their massive claws,but thatÂ´s a flaw they compensate with their awesome close combat destruction capacity.