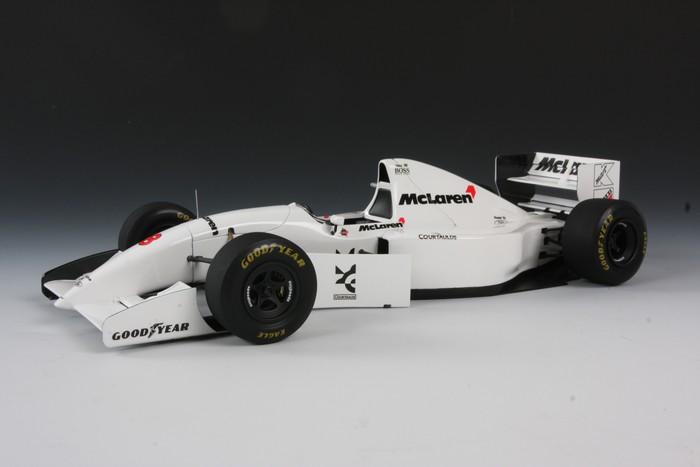 This is a Limited Edition Re-Release of the McLaren Honda MP4/8 Formula One model kit. The original kit was released in late 1993 and it is once again available for a limited time.


The MP/8 was developed for the 1993 Formula One season. The car made its race debut in the opening round in South Africa. The car utilized such technological advances as active suspension and a semi-automatic transmission, which applied optimal gear control tailored to the race circuit. After numerous years with Honda, power was supplied by a reliable Ford HV V8 engine. 5 victories on the season was a satisfying return for the British based constructor, although once again the car fell just short of the heights of a Drivers or Constructors Championship.