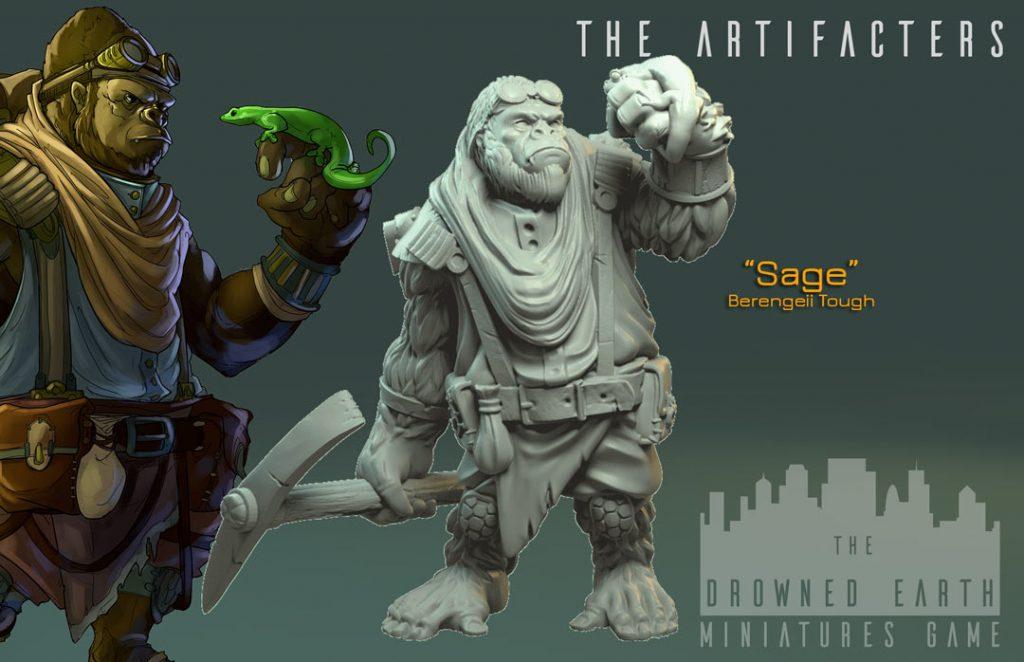 Standing in a wrecked Cantina with a bullet wound to the chest, and four dead men at his feet. That was Sage Kodos earliest memory.  This all took place in the small trading port of Tinpot; a town on the Blacksea Gulf fallen on hard times. Sage survived the bullet wound, was sentenced to death but instead sold to a slaver named Klayle.

Rescued by a group of travelling adventurers some weeks later, Sage crossed the path of Nix and her Artefacter crew at a time they were a man short, and Sage signed up to replace him.

On the exterior Sage is gruff and silent, avoiding conversation where he can, and eschewing friendliness. To most he makes an intimidating figure, and indeed his fury is a sight to behold, but underneath the stony demeanour lies a kind heart and a thoughtful mind.

Sage, Arefacter Tough, is a multi-part metal wargaming miniature in 35mm scale. The model is lead free, and comes supplied with a 40mm base and profile card.