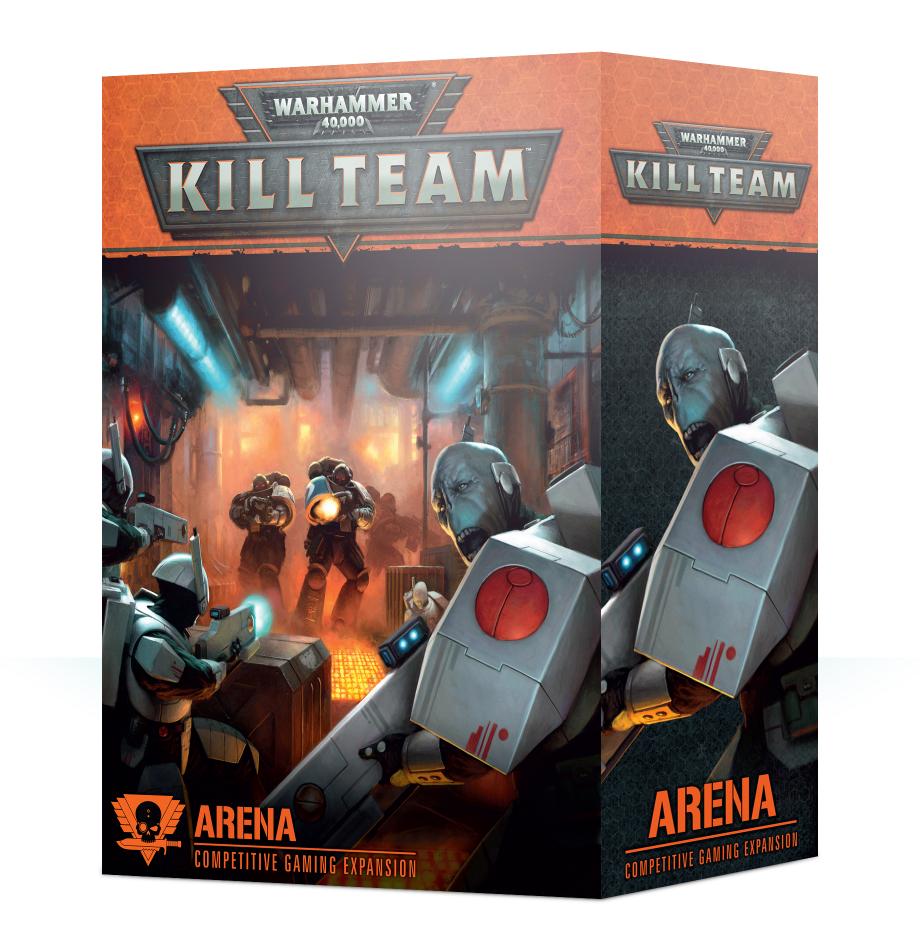 Kill Team: Arena is an expansion for Warhammer 40,000: Kill Team that introduces rules for competitive play, using evenly balanced terrain set-ups and mission objectives to offer each player an even playing field. Also included are missions and rules for running competitive Kill Team tournaments, either for single players or teams of two allies (known as Battle Brothers).
The Book

A 64-page softback book, Kill Team: Arena explains everything you need to know about playing competitive games of Kill Team, from one-off games to various formats of tournament play:

Competitive Play: This section includes competitive rules, terrain maps and missions intended for use in games where balance is paramount, such as those played in tournaments.

Battle Brothers: Introduces a cooperative format for playing team-based competitive play games of Kill Team, where each Battle Brothers team consists of two players whose kill teams are pitted against their opponents' to see who can complete the most objectives. Includes 4 Battle Brothers missions and 28 Battle Brothers Tactics.

Kill Team Tournaments: Guidelines for running and participating in competitive play Kill Team tournaments, including how to register players and command rosters, determining player pairings in each round of a tournament, as well as how to score and rank players.

Using Competitive Play Missions in Campaigns: Guidance on how to use the missions from this set in your campaign games.

Along with the comprehensive book of rules, there is included a set of cards, tokens, scenery and gameboards for use with Arena:

- 2 sets of 12 Arena Objective cards (one for each player). Each deck is also supplied with a storage sleeve to ensure they are not mixed up.

A copy of the Kill Team Core Manual is required to use this set.