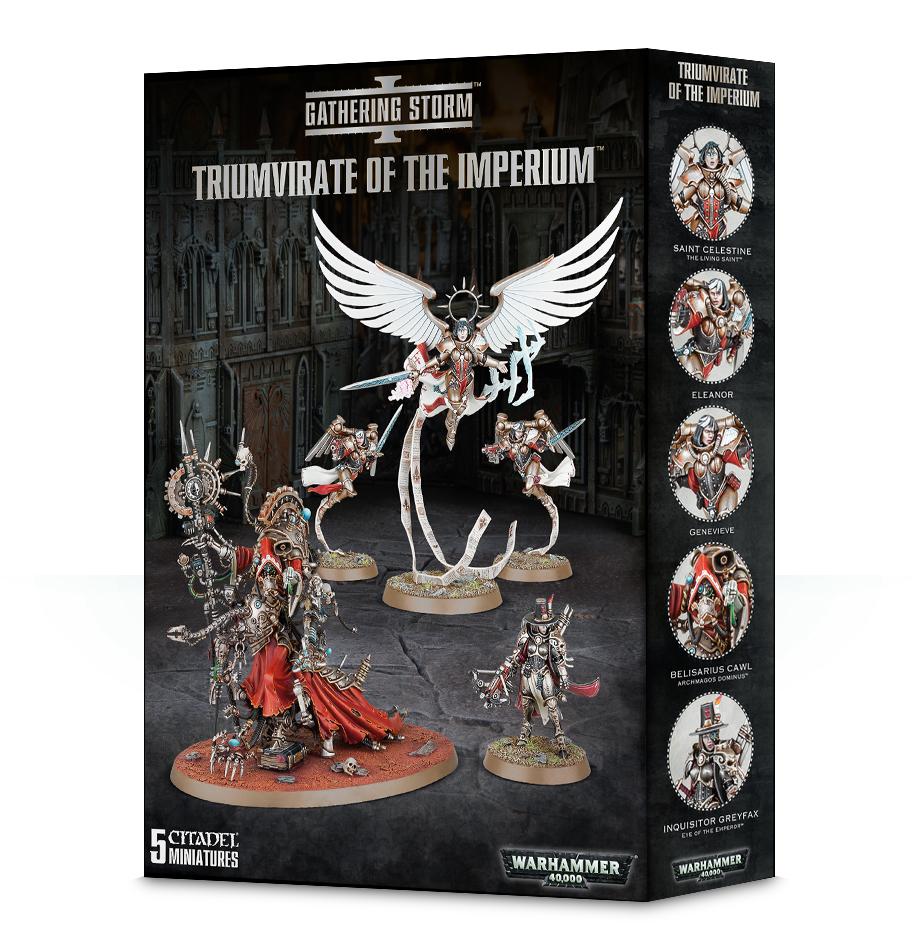 Triumvirate of the Imperium

Triumvirate of the Imperium Product Description

This awe inspiring trio of heroes strikes fear into the hearts of the enemies of the Imperium wherever they tread. Alone, these paragons of humanity bolster the hearts of weary soldiers to fight with renewed vigor but together they drive the soldiers of mankind to acts of heroism worthy of legend. Why should one fear death with such beings fighting at your side? Belisarius Cawl: An ancient and powerful tech priest. Uses forbidden arcane technologies to lay waste to entire armies. Inquisitor Greyfax: A mysterious figure feared across the galaxy by psykers of all races. Equipped with weapons best suited to the destruction of those who would use their warp-born powers to their own ends. Celestine, the living saint: A walking miracle, men fall to their knees in wonder at the sight of this woman for she is living proof of the emperors divine will.