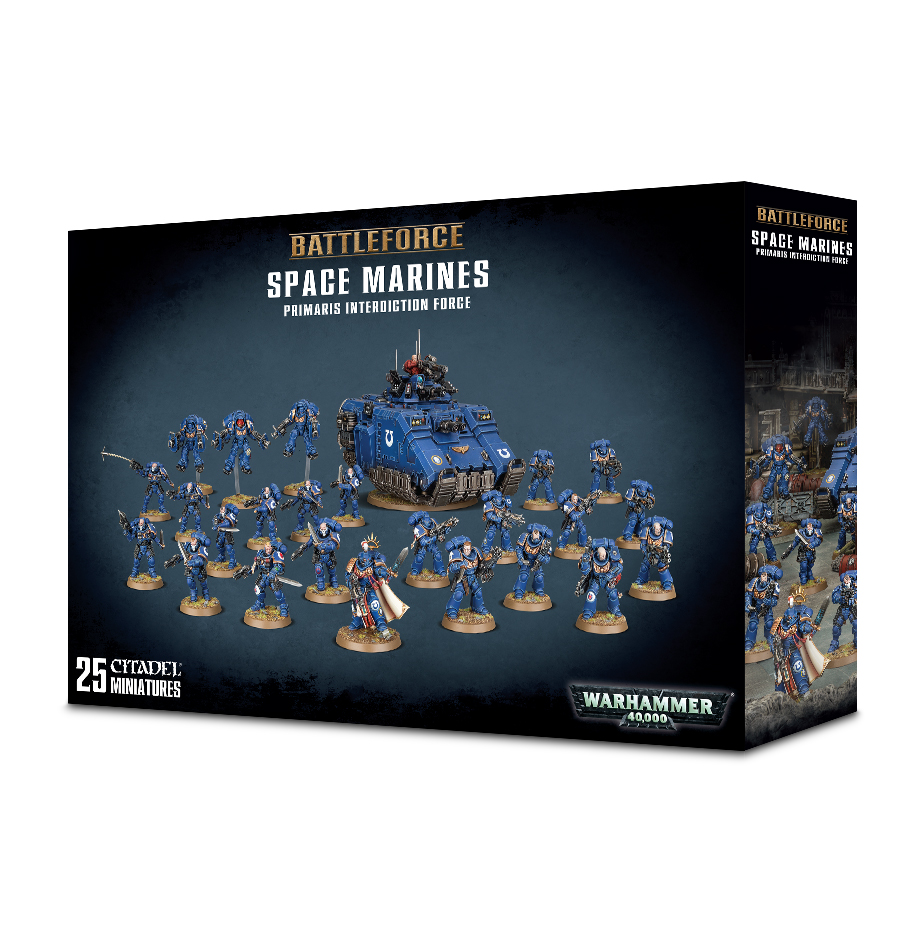 Whether you're looking to start a new Adeptus Astartes collection, or are looking to bolster an existing force with a solid selection of Primaris units, the Space Marine Primaris Interdiction Force has you covered. Not only does it save you money, it provides you with a flexible variety of units in the form of a powerful Repulsor Tank, a hard-hitting combination of infantry squads and even a commander to lead them. The set includes the following units:

- 1 Primaris Captain, who can be armed with either a master-crafted bolt rifle or master-crafted stalker bolt rifle. The miniature comes with a choice or bare head or helmet, and it can be assembled to be pointing or wielding a power sword.
- 10 Primaris Intercessors, which can be equipped with any of their primary weapon options  a bolt rifle, stalker bolt rifle or auto bolt rifle.
- 10 Primaris Reivers, each of which can be armed with a heavy bolt pistol and long combat knife or a bolt carbine. All of them can be also be equipped with grav-chutes and/or grapnel launcher for even greater tactical flexibility.
- 3 Primaris Inceptors, who can be assembled with a pair of fearsome assault bolters or plasma exterminators.
- 1 Repulsor Tank, the kit for which includes all of its available weapon options.