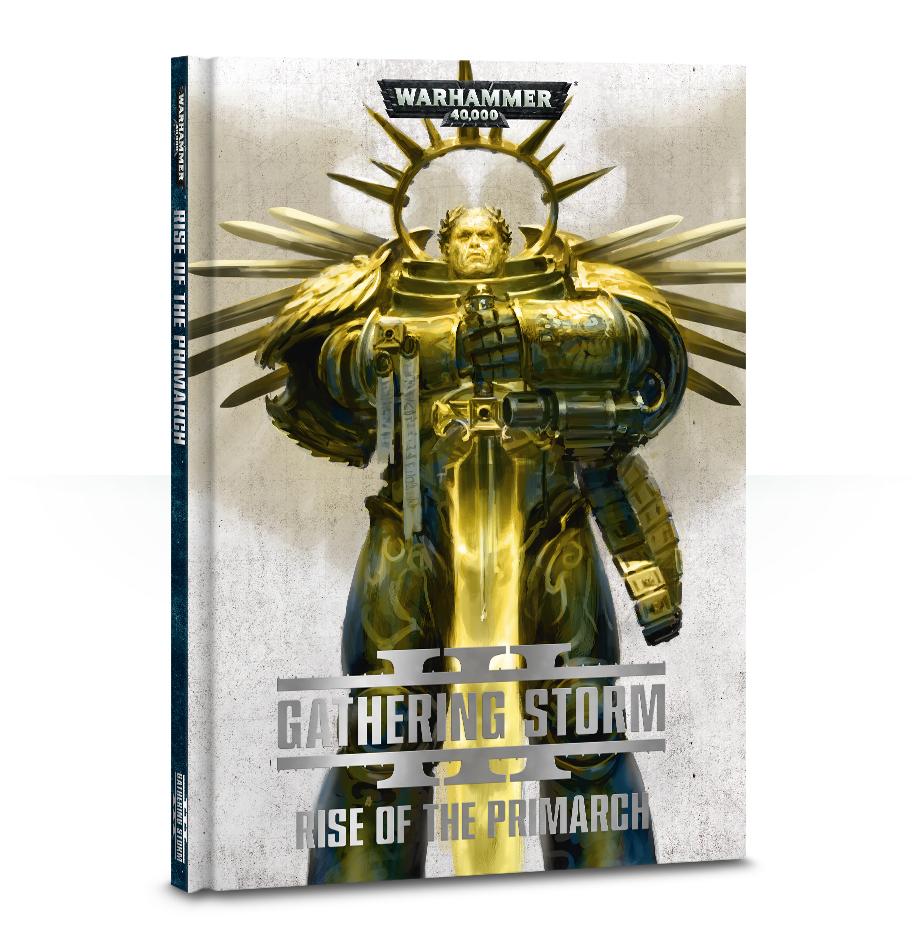 Gathering Storm: Rise of the Primarch

The third chapter in the Gathering Storm series, Rise of the Primarch is a 136-page hardback that illuminates the role of Roboute Guilliman, Primarch of the Ultramarines during his awakening from stasis on Macragge. Answering the call to arms, Roboute, Cypher and Voldus embark on a journey to save a crumbling Imperium from the tide of Chaos.

This colour illustrated tome contains both a rich narrative and numerous rules for using the new Triumvirate miniatures in games of Warhammer 40,000:

- Datasheets for the Triumvirate of the Primarch  field Cypher, Grand Master Voldus of the Grey Knights and Roboute Guilliman in games of Warhammer 40,000; - Warlord Traits and Relics for Ultramarines forces; - Formations allowing you to field The Fallen, the Grey Knights Bulwark of Purity, the Victrix Guard of the Ultramarines and the Triumvirate of the Imperium; - Daemonic Adversaries

- 5 Echoes of War missions, detailing key battles from Rise of the Primarch; - 3 Cataclysm of War missions  these represent desperate battles fought during the Gathering Storm. - In Pursuit of the Fallen  special objectives to be used when fielding Cypher, units of the Fallen, and models of the Dark Angels faction.