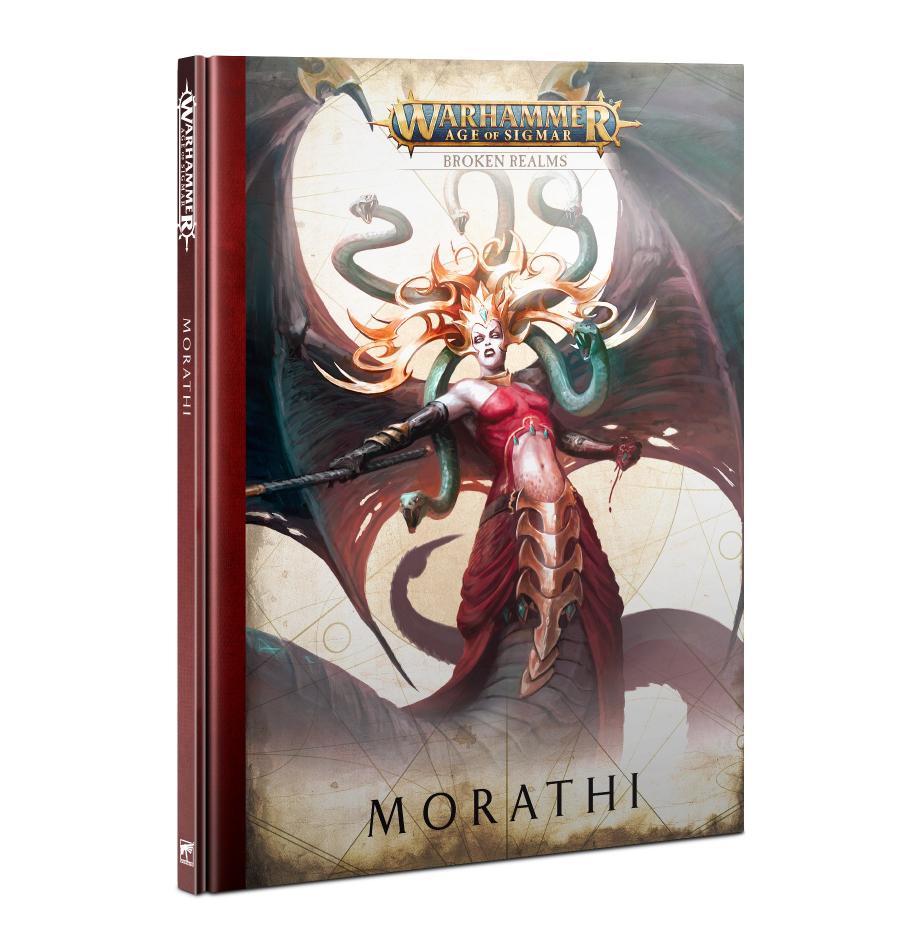 -The epic story of Morathis rise to godhood  and her betrayal of Sigmar!  illustrated with stunning new art.

- New rules for Morathi herself, representing her new-found power, as well as a new Daughters of Khaine subfaction that offer Morathis personal guard of Scáthborn powerful bonuses.
- Two new sets of allegiance abilities for the Cities of Sigmar, representing the newly-annexed Anvilgard  now known as Har Kuron  and the shadowy domain of Misthåvn, each with their own abilities, artefacts, command traits, and more.

- Significant updates to the Idoneth Deepkin, aimed at making your sea-beasts even more dangerous with Mount Traits and more.

- A suite of warscroll battalions to enhance your Cities of Sigmar, Stormcast Eternals, Daughters of Khaine, Slaves to Darkness, and Idoneth Deepkin armies.