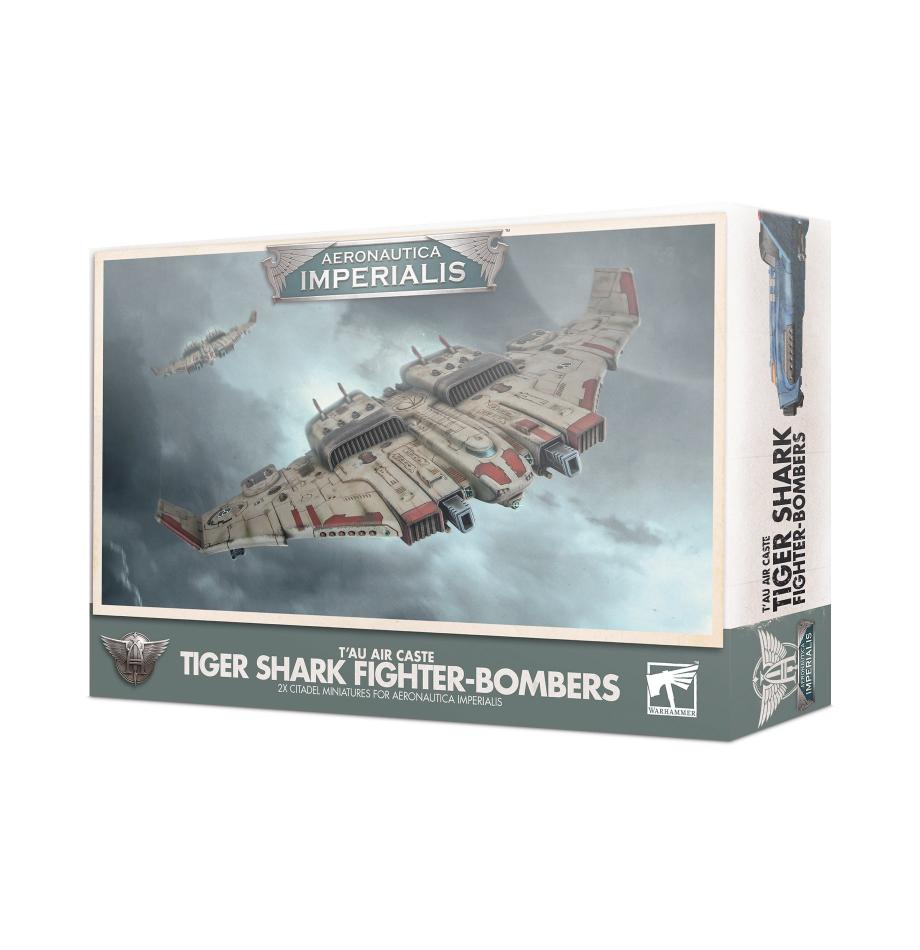 This box lets you build two Tiger Shark Fighter-Bombers. The standard AX-1-0-2 is armed with not one, but two Swiftstrike railguns, while the AX-1-0-3 variant trades them out for two Swiftstrike burst cannons and the AX-1-0-4 with paired ion cannons. All of them are armed with missile pods built into their wings, and they include drone ports to add close or mid-range support with cyclic ion blasters and long-barreled burst cannons. Add a Seeker missile bay to take out crucial targets.