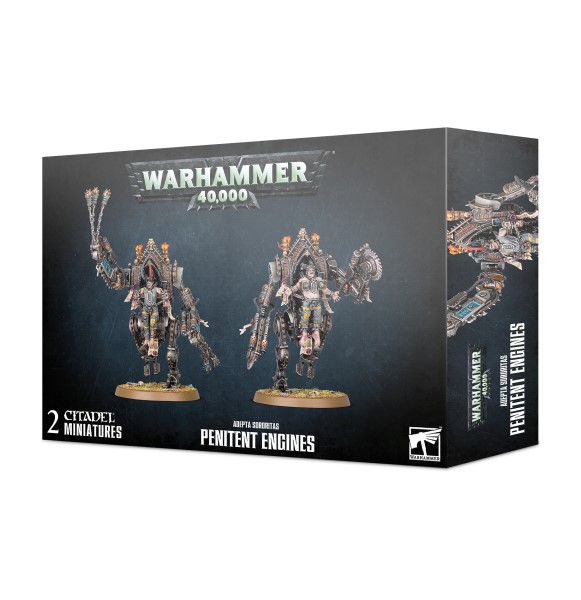 Each Penitent Engine is equipped with a pair of heavy flamers and a choice of penitent buzz-saws or penitent flails. Alternatively, any Penitent Engine can be assembled as a Mortifier, or as a fully-encased Anchorite, which are equipped with heavy bolters instead of heavy flamers. The kit comprises 126 components and includes all of the weapons and assembly options for all three variants. The model comes supplied with 2x Citadel 50mm Round Bases.