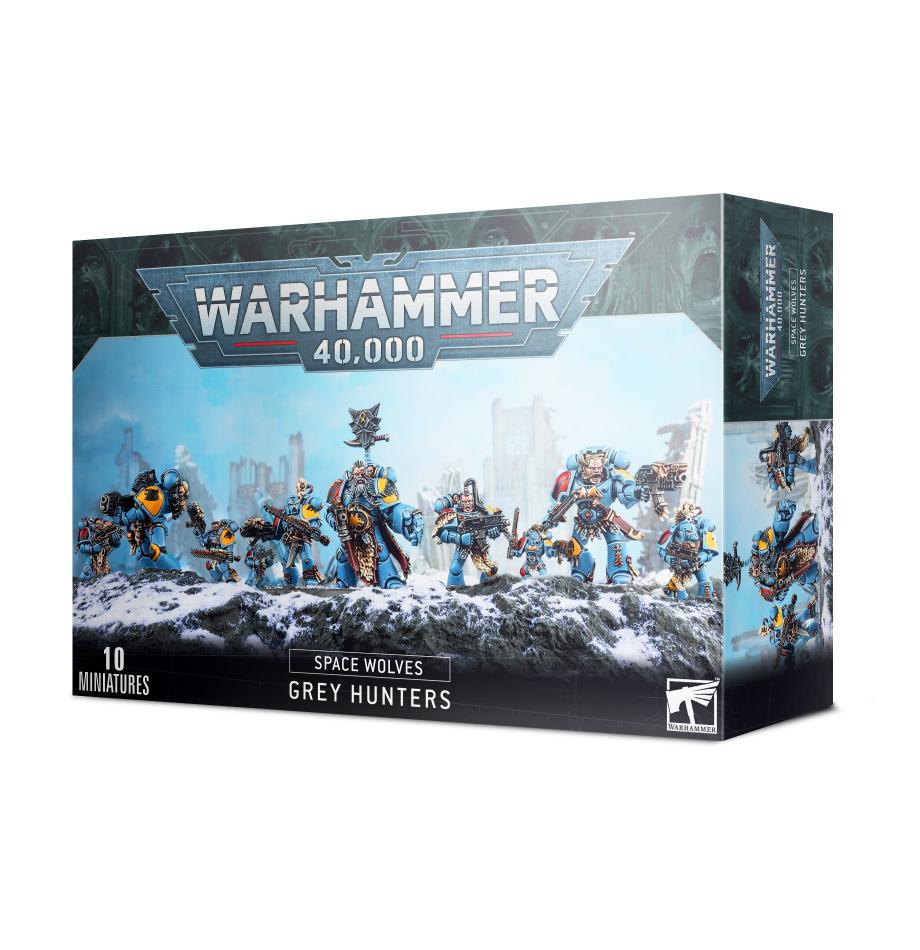 The Sons of Russ are a proud brotherhood of fierce and noble warriors. Seen as savages, the Space Wolves prowl the battlefield for their enemies, hungry to earn glory in battle and earn their place in the sagas of their people. If you send any one to kill a Space Marine, you send a Space Wolf. This multi-part plastic kit contains 218 components with which to build ten Space Wolves miniatures. There are five different leg variations, six torso variants, five backpack variants and 28 variant heads, meaning there are an incredible number of options for personalising your pack - assemble them as Grey Hunters, Blood Claws or Wolf Guard!