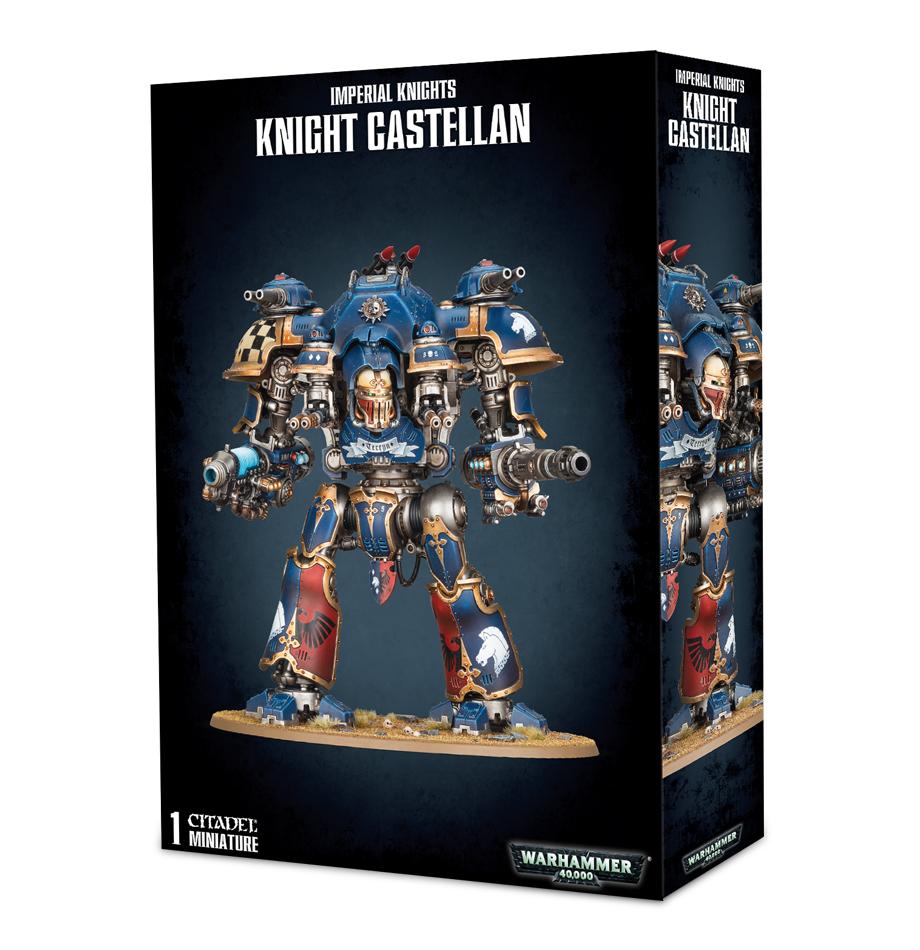 This multi-part plastic kit contains the components necessary to assemble a Knight Castellan. An enormous super-heavy walker sharing a basic shape with a standard Imperial Knight but expanding upon that basic structure with more armour and a number of weapon upgrades, this Knight variant focuses on devastating long-range artillery strikes. In the box youll find 2 frames of components making up the main bulk of the Knight: the torso assembly, the shoulder sections and the legs (which are designed to be modelled on either side of the Knight, allowing some posing), along with 2 sets of shieldbreaker missiles, 2 siegebreaker cannon and 2 twin melta guns. A frame of upgrades is included  this features a volcano lance and plasma decimator which attach to the arms, a head and mask which are unique to this Knight variant, and special chest and groin armour. Theres also an immense carapace, extended in order to fit all the weaponry, and an engine block standing at double the standard height, with 2 power cores and 4 exhausts. This kit comes as 141 components, and is supplied with a Citadel 170x105mm Oval base. An Imperial Knights transfer sheet is included.