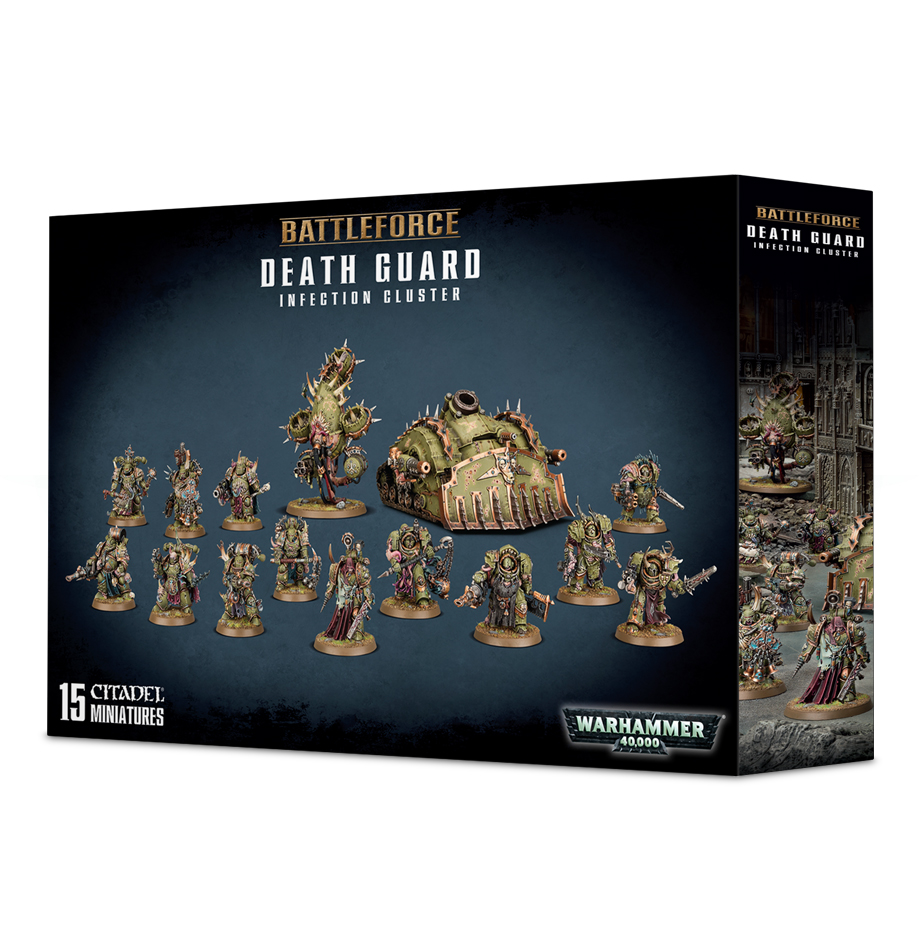 Kick-start or bolster your Death Guard collection with an Infection Cluster. This set offers a solid core of units and vehicles that serve equally well as reinforcements to an existing army or the start of a new collection, and saves you a lot of money to buying them individually! Heres whats in the set:

- 1 Plague Surgeon, armed with a balesword and a (horribly) tainted narthecium.
- 7 Plague Marines, equipped with a plague knife and boltgun. All of the many weapon options available to the Plague Marines are included in the kit.
- 5 Blightlord Terminators, armed with combi-bolters and either a balesword or bubotic axe. As with the Plague Marines, all of the weapon choices that the Blightlord Terminators have access to are included.
- 1 Foetid Bloat-drone, which can be armed with a pair of plaguespitters, a heavy blight launcher or a fleshmower.
- 1 Plagueburst Crawler, a formidable siege vehicle equipped with a plagueburst mortar, either a heavy slugger or rothail volley gun, and a choice of two plaguespitters or a pair of entropy cannons.