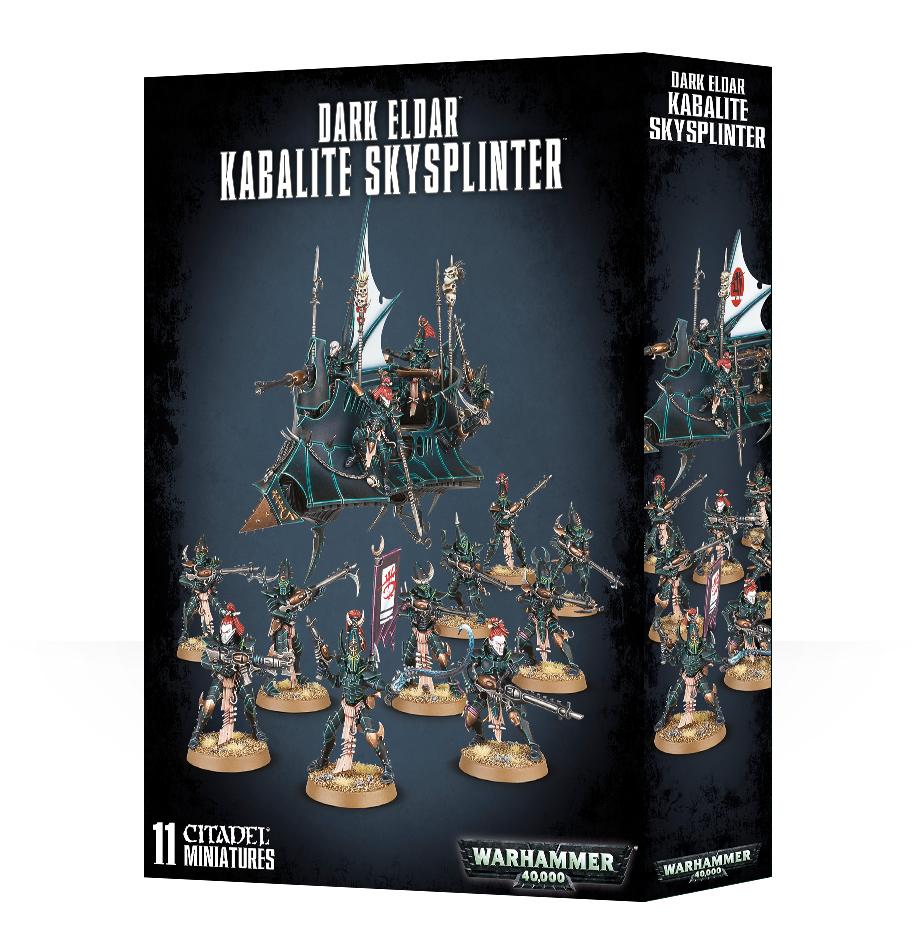 e Dark Eldar are kindred to the Eldar, an ancient and advanced race of elf-like humanoids. Their armies usually have the advantages of speed and technology, though they are often lacking in resilience and numbers. The Dark Eldar revel in piracy, enslavement and torture, and are sadistic in the extreme. Dark Eldar raiding parties make use of advanced anti-gravity skimmers to launch high speed raids on their enemy while still transporting a large number of their warriors.