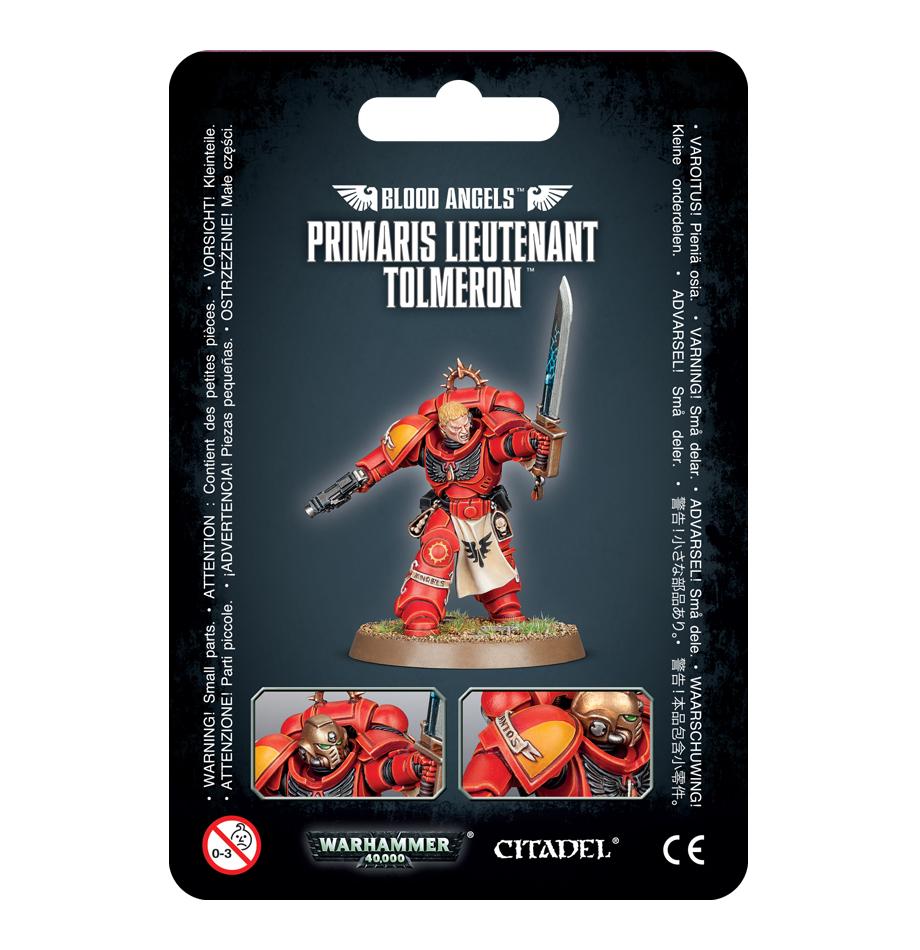 This multi-part plastic kit contains the components necessary to assemble Lieutenant Tolmeron of the Blood Angels. Clad in Mk X Tacticus power armour, Tolmeron comes with a power sword and bolt pistol  he can be modelled either holding the bolt pistol along with the power sword, or carrying the pistol in a belt-mounted holster. Hes covered in appropriate Blood Angels iconography, from the sculpted shoulder pads to the iron halo atop his backpack. You have the choice of modelling Tolmeron with either a Blood Angels helmet, or a bare head with a huge scar across the right eye. Lieutenant Tolmeron comes as 15 components, and is supplied with a Citadel 40mm Round base.