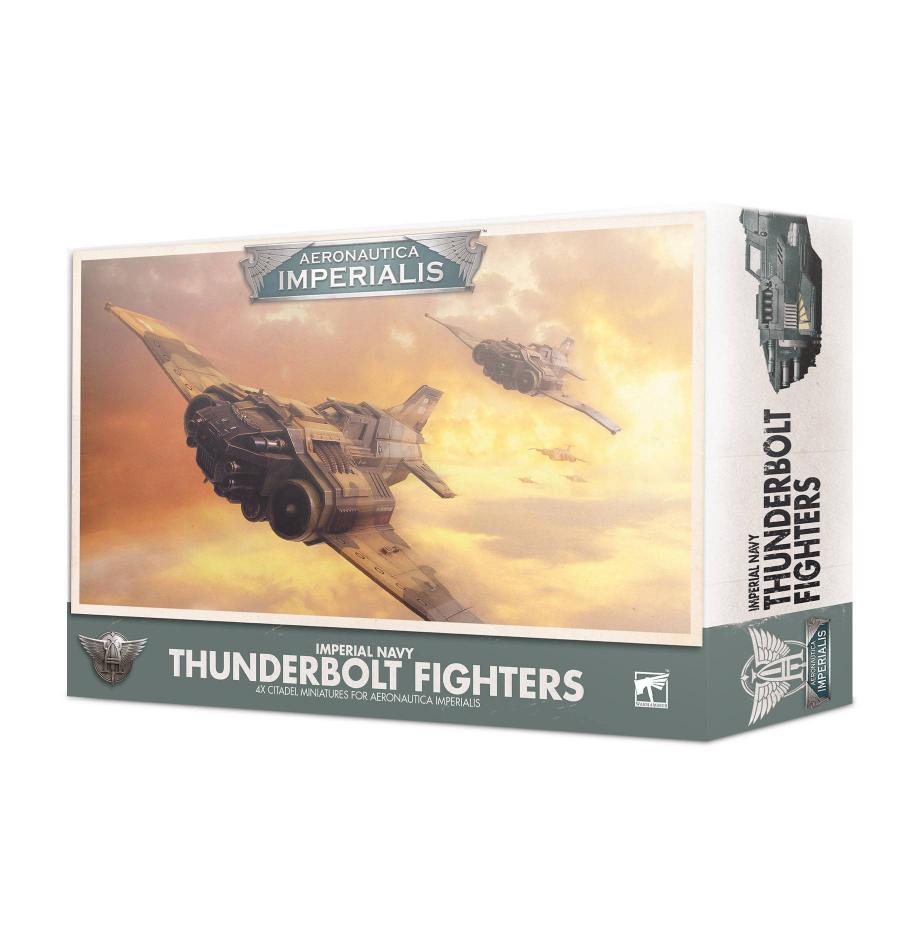 If aerial domination is your goal, then the Imperial Navys Thunderbolt Fighters are the answer. These versatile craft are equipped with twin lascannons for one-shot kills, as well as quad autocannons  or in the case of the Fury-pattern Thunderbolt Fighters, avenger bolt cannons  for shredding enemy flyers with gunfire.