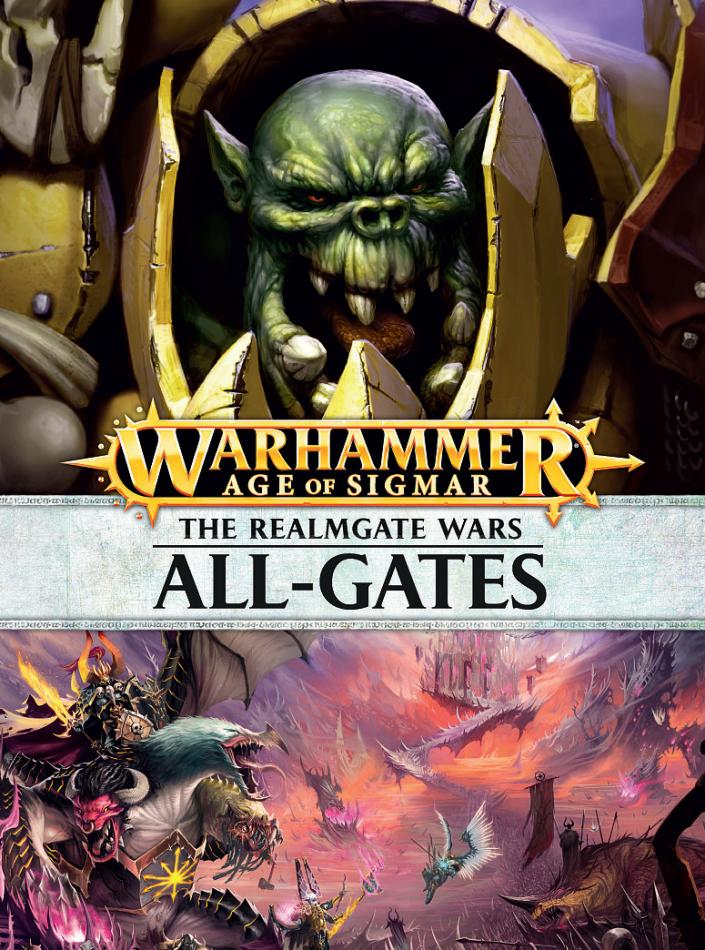 This book draws the Realmgate Wars story to an epic close, with massive battles and incredible feats of heroism on page after page! As well as the thrilling narrative in this 304-page hardback, youll find:

- Four new Time of War sections - rules that anyone with any army can use for fighting in fantastical locations that wildly change the way Warhammer Age of Sigmar games are played, including new game effects, new spells for any wizard and a new triumph table;
- 11 new Battleplans  any Warhammer Age of Sigmar army can be used to play out these scenarios, adding depth and variety to your games;
- six detailed stage-by-stage painting guides for armies appearing in the book  get your armies looking exactly as they do when fighting these battles, with an awe-inspiring showcase of expertly-painted Citadel miniatures for inspiration;
- 22 Warscrolls and 11 Warscroll Battalions for Stormcast Eternals, Fyreslayers, Ironjawz, Slaves to Darkness, Daemons of Nurgle and Clans Pestilens armies.