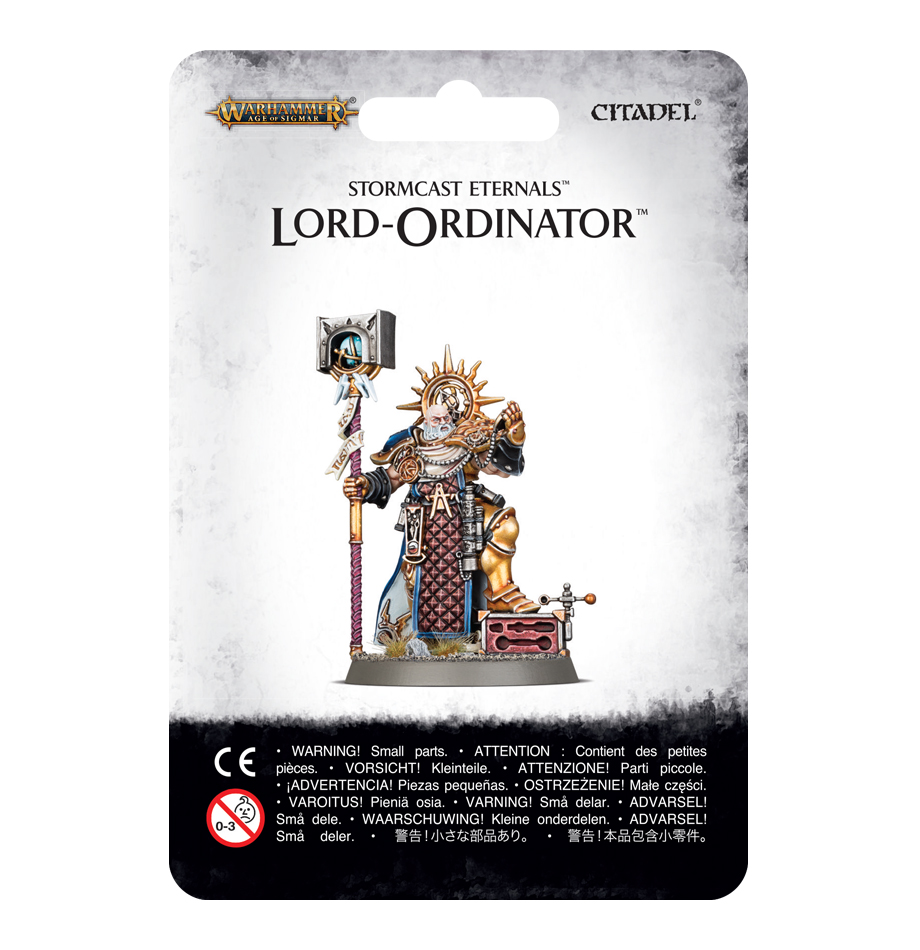 A master of munitions and ordinance the Ordinator directs artillery batteries to shatter enemy battle lines. This multi-part plastic kit contains the components necessary to build a Lord-Ordinator. He comes clad in impressively ornate sigmarite armour  slightly less than most Stormcast Eternals, as his arms are bare between the gauntlets and his lion-and-hammer-motif shoulder pads. He wears a large textured tabard over his chest plate, which extends to a cloak at the rear, held fast by a belt featuring engineering and siege equipment  guides, measuring devices and a ratchet/wrench mechanism hang from his hips. He is using an open box of tools as a footrest  this box features an anemometer. He wears no helmet  instead, were treated to a view of his glorious facial hair. Behind his head is an arcanabulum, and topping off the symbolism nicely is an anvil and pair of callipers on his belt. Weaponry-wise, he holds a huge astral grandhammer in his right hand, with his left hand holding the astrolabe which he is peering at with a stern, quizzical glare.. The Lord-Ordinator comes as 10 components, and is supplied with a Citadel 40mm Round base.