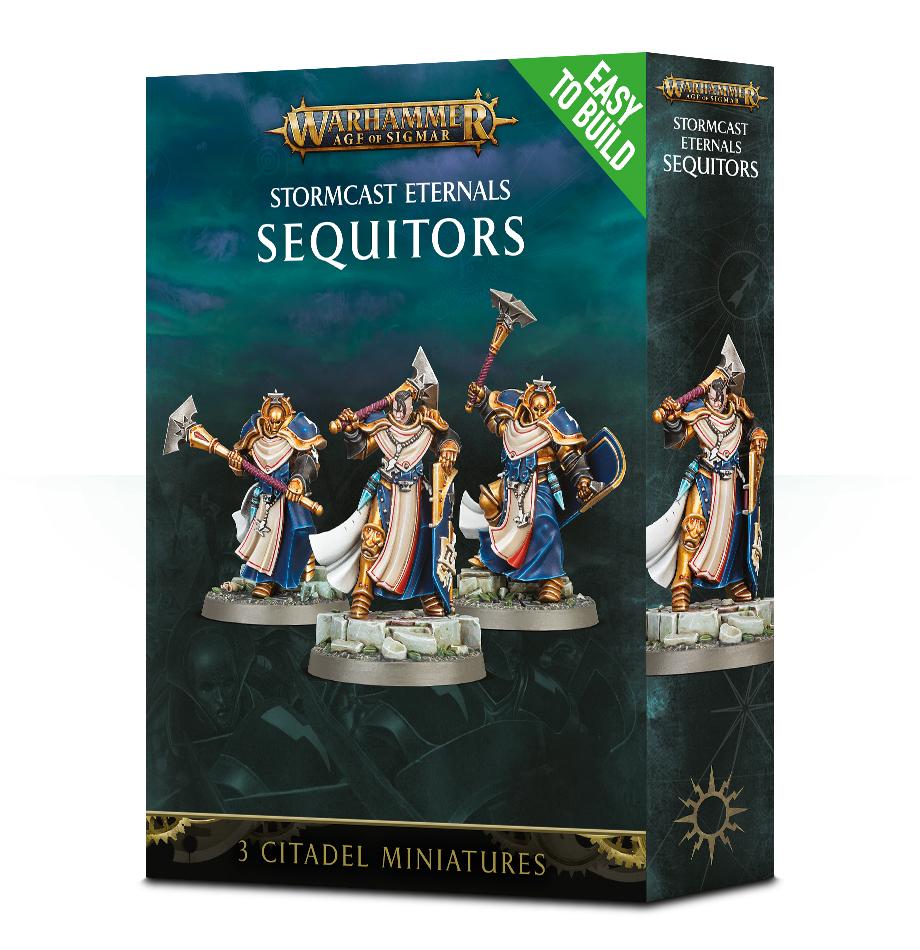 Designed to be as easy as possible to assemble for new hobbyists while being detailed enough for the hardiest veteran to appreciate, this kit assembles 3 Easy To Build Stormcast Eternals Sequitors. Push-fit, with no glue required, this kit is incredibly straightforward to put together and comes on a pre-coloured gold plastic sprue. These 3 Stormcast Eternals, specialising in the despatch of ethereal enemies, notably wield some impressive weaponry  1 holds a stormsmite maul and a soulshield, while another holds a 2-handed stormsmite maul. Over their thick, heavy armour they wear long robes and tabards, with Sigmarite icons hewn in metal above their helmets. The third model is a Sequitor-Prime; a female model, she is hefting a stormsmite maul over her right shoulder, leaning on her soulshield. You have 2 choices of head  1 is helmeted much like the other Sequitors, while the other is bare, the sides of her head shaved. This plastic kit comes as 16 components, and is supplied with 3 40mm sculpted round bases, each featuring hole for corresponding pegs on the feet of each model. Includes a Stormcast Eternals transfer sheet.