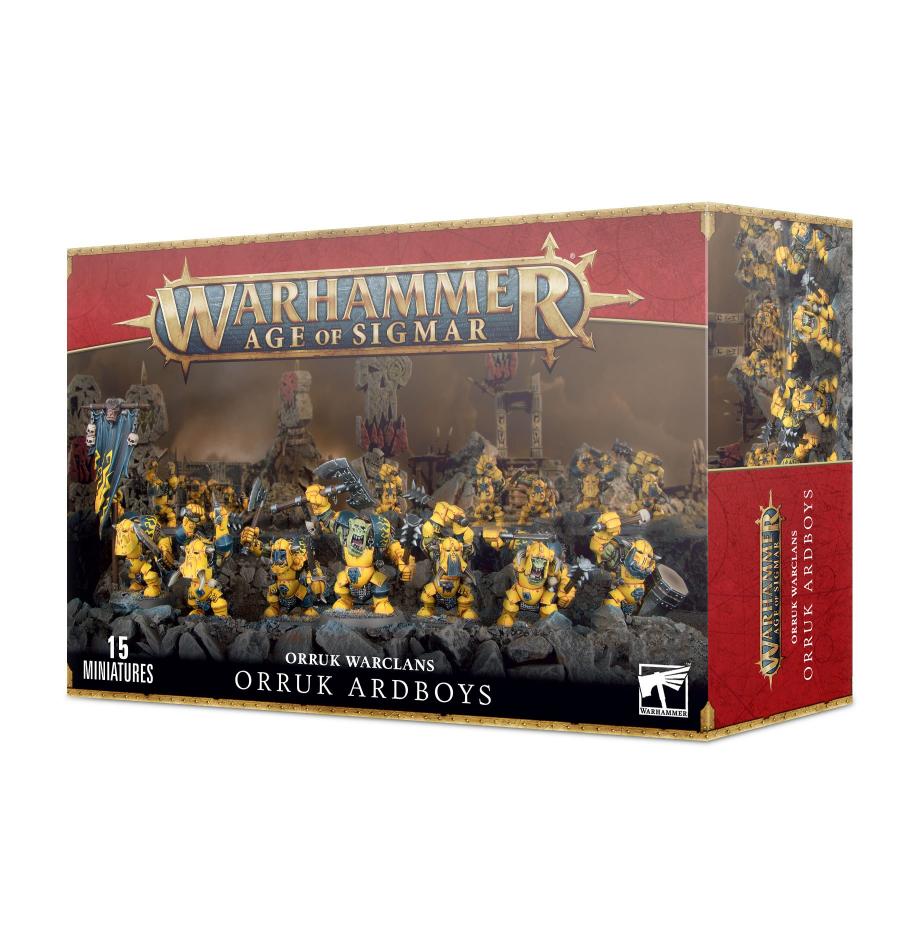 Strength calls out to strength, and orruk Ardboys are pretty strong. These hulks flock to the brawls of the Ironjawz, and are the only other orruks tolerated, revelling in the joyful noise and absolute smashment that their Waaagh! brings. Strangely, they believe in a certain amount of discipline; marching about in lines, organising themselves into ranks and using drums and banners to synchronise their brutality. Most Ironjaws think theyre a bit funny  if youre holding a drum, thats one less choppa you could smash into someones face  but admit that, when it comes to giving the enemy a good kicking, the Ardboys know what theyre doing.

This multi-part plastic kit contains all the components necessary to assemble fifteen Ardboys, orruks drawn to the strength and boisterousness of the Ironjawz. They can be armed with a choice of choppas and smashas, big choppas or a single choppa and shield. One model can be assembled as a Waaagh! drummer, one can be assembled as a standard bearer (with either orruk banner or Icon of Gork) and one can assembled as an Ardboy Boss. Includes fifteen Citadel 32mm Round bases.