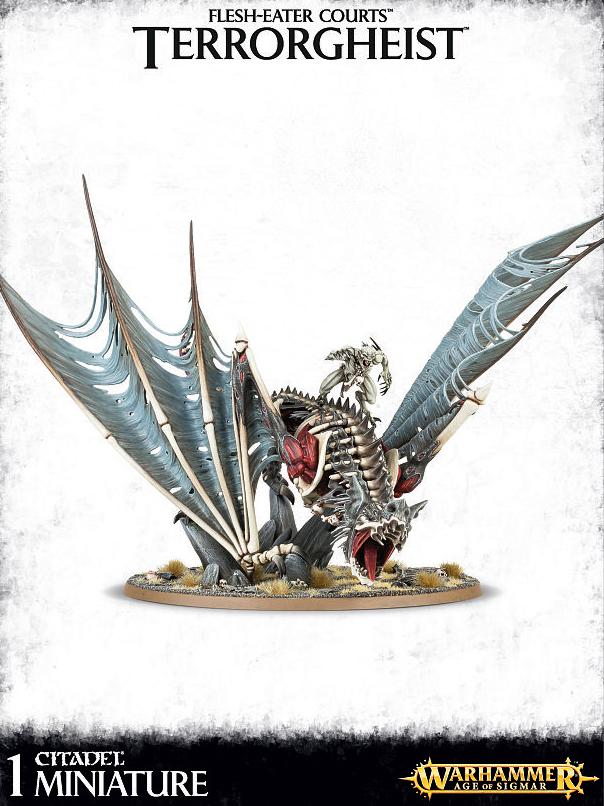 Once living monarchs now in death rule over the Flesh-Eater Courts as Abhorrant Ghouls. These regal nobles now turned into undead monsters that gather to feast on the bodies of the living. Still hanging on to the last remnants of their station as kings, in reality are loathsome crazed cannibals that ride at the front of their undead hordes on massive skeletal winged beasts. The Terrorgheist swoops through the air on unnatural tattered wings of flesh and sinew and crashes upon its victims to rampage through enemy forces with ease. Remember to cover your ears as its scream, like that of a banshee can kill any within its earshot. This set contains a multi-part plastic kit that makes an Abhorrant Ghoul King on Terrorgheist. Models are unpainted and requires assembly.