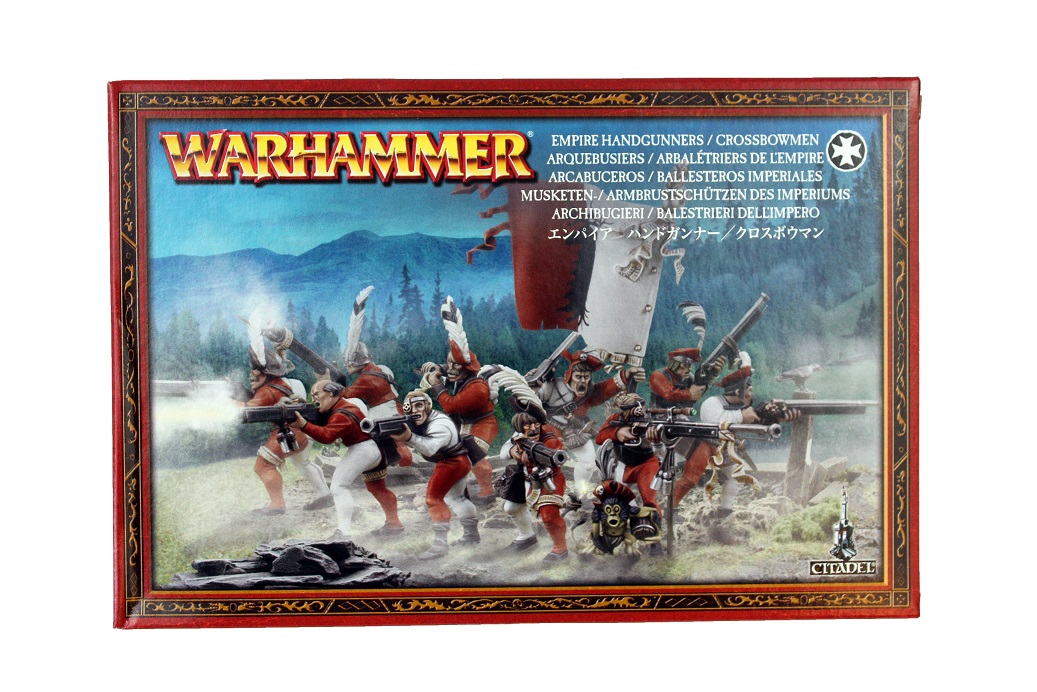 Empire armies often include large numbers of missile troops armed with Handguns. These Handgunners support the larger infantry units as either detachments or in larger units that form part of the battle line.