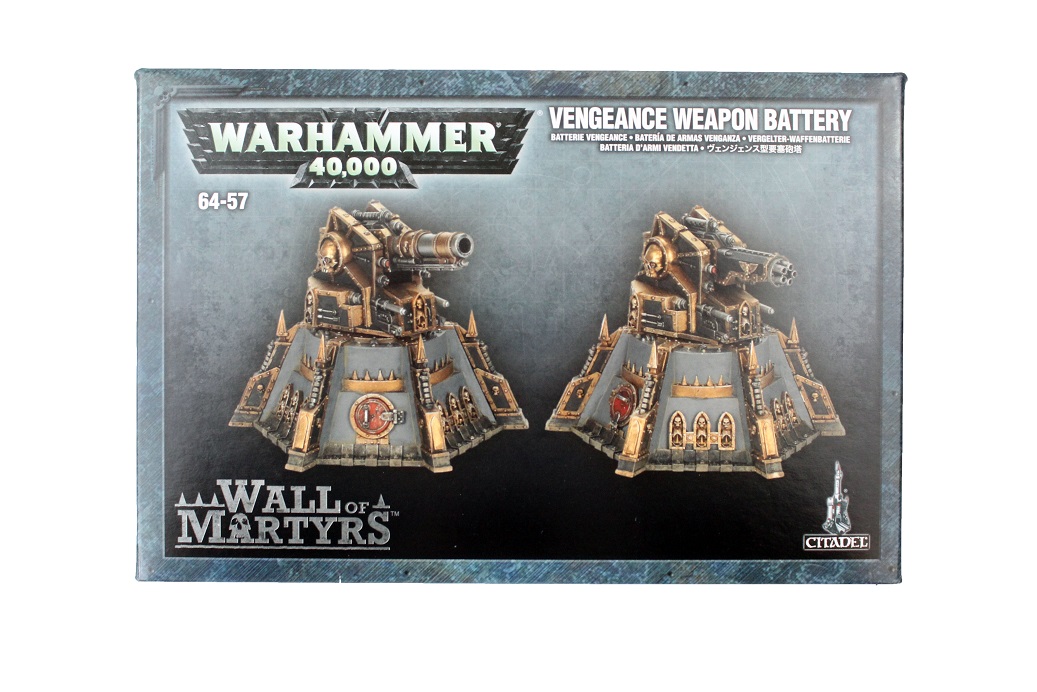  The Vengeance Weapons Battery contains two standalone emplacements whose turrets can be equipped with either battle cannons or punisher cannons. There are two of each weapon included in this kit allowing you to make two battle cannons, two punisher cannons, or one of each.
 This kit can be combined with the other Wall of Martyrs kits including the Imperial Defence Line and the Imperial Defence Emplacement to create an endless variety of dynamic battle ground layouts and Fortifications.
 Requires painting and assembly.