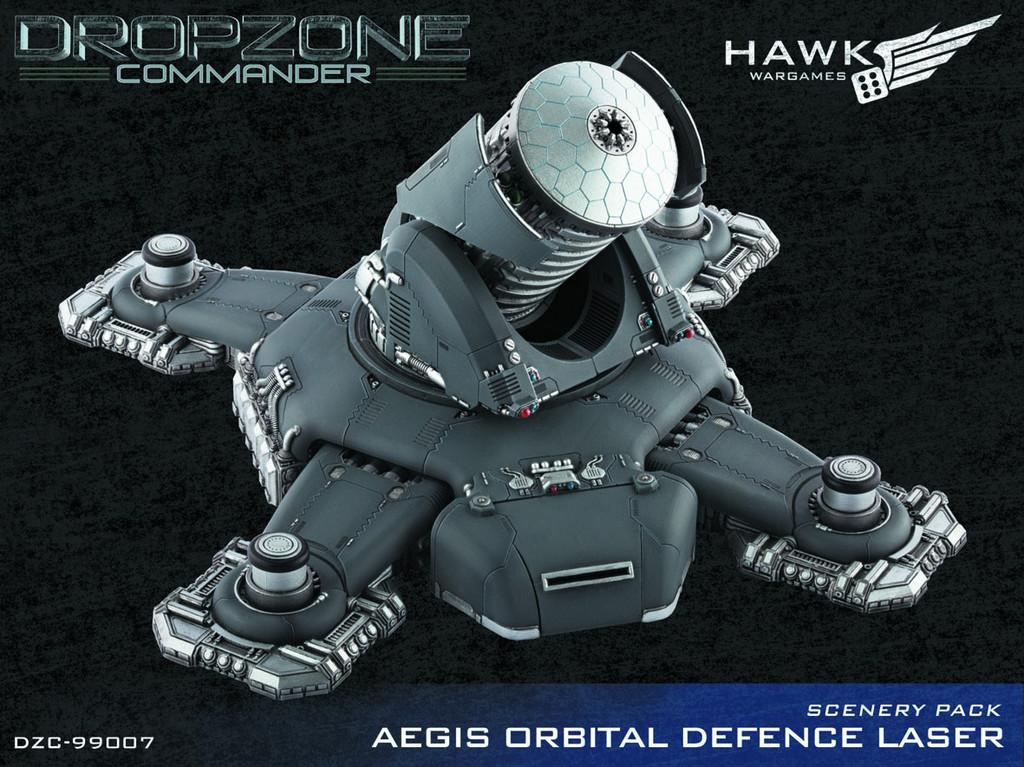 The Aegis ODL is a formidable N-4 class laser weapon, designed for static defence against enemy assets deployed from orbit or high atmosphere. While it can make an impact against smaller starships, its primary role is to strike at enemy dropship formations at extreme ranges, where it excels. Its slow traverse and massive size make it unwieldy for tactical use on the battlefield however, where it is vulnerable to close assault. The Aegis has been in service with the armies of humanity for over 200 years. It was in the process of being introduced across Earth and the Cradle Worlds at the time of the Scourge invasion, although unfortunately there were far too few operational to make much difference in the cataclysm. Today, the Aegis is still manufactured on Ferrum by the UCM and several installations are known to be functional and under the control of Scourge or Resistance forces on the Cradle Worlds. Whenever one of these mighty constructs is present on the battlefield its capture or destruction will almost always be a critical objective, since it is more than capable of erasing whole flotillas of dropships from the sky.