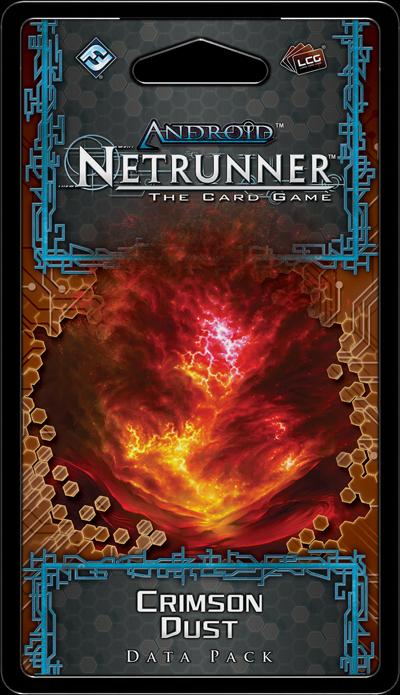 Corporations and Runners. Colonists and Clans. The Martian Colonial Authority and The Free Mars Movementthere are a lot of intersecting interests on Mars, and even more that conflict with each other. And then theres the Crimson Dust. The Crimson Dust teaches that human life originated on Mars before colonizing Earth. Its members believe that their leader, Vasanti Smith, is the reincarnation of one of the first settlers on Mars. They believe in Martian independence, and they believe in augmenting human bodies with g-mods and cybernetics that allow them to endure the Red Planets atmosphere. They also believe that would-be martyrs armed with Taejo monofilament wire bombs can sneak past the security in most nodes and inflict tremendous amounts of damage on their protective domes. Unfortunately, theyre right about that last one. The first five data packs in the Red Sand cycle explored the forces that are vying for control of Mars, what they hope to gain from the Red Planet, and how far theyll go to get it. The sixty new cards (three copies each of twenty different cards) in Crimson Dust look at the consequences of this enduring conflict, which has taken lives, destroyed homes, and left an entire world vulnerable to extremists.